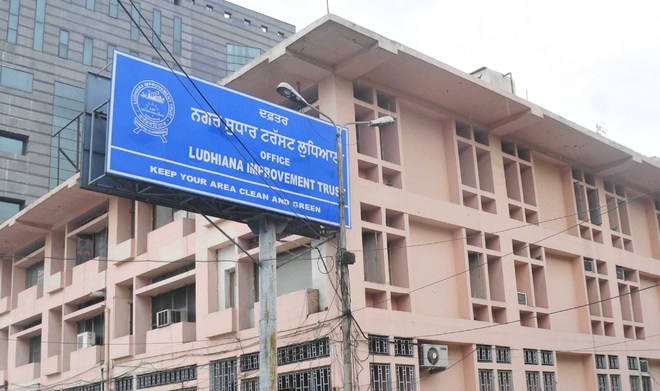 Vanishing trick by a 100-foot-wide road in the erstwhile colony Vikas Nagar, developed by the Ludhiana Improvement Trust (LIT) and later handed over to the Municipal Corporation for maintenance, has literally become a proverbial comedy of errors with both LIT and the MC passing the buck with regard to the existence of the road which does exist in the layout plans of the colony prepared by the Trust.

In the complaint, Nalin Kaushik, an advocate, had alleged that at the time of removing encroachments from 22-kanal land in Shaheed Bhagat Singh Nagar colony, adjoining to the 100-foot road, the LIT authorities had failed to report to the Local Bodies Department that most part of the road was under encroachment.

It was on a complaint lodged by a city-based social activist, Nalin Kaushik, an advocate, that LIT officials and the MC became alive to the issue of ‘missing road’ which had been allegedly occupied by unlawful means for construction of residential houses, commercial buildings and even religious institutions.

Providing information to Kaushik under the Right to Information Act, the LIT officials had maintained that the status of the road or for that matter any encroachments on public road, would be known to the MC as the scheme had been transferred to the civic body for maintenance and building control was also with the MC authorities.

“When I got in touch with the MC to know about the missing road and encroachments thereon, the complaint and enquiry branch of the MC intimated me that information about the road had been sought from LIT and cited letter of the MC building branch (377/ATP-D dated August 19, 2020) addressed to the LIT Executive Officer,” said Kaushik.

In the complainant, Kushik had alleged that at the time of removing encroachments from 22-kanal land in Shaheed Bhagat Singh Nagar colony, adjoining to the 100-foot road, the LIT authorities had failed to report to the Local Bodies Department that most part of the road was under encroachment. “Little or no efforts were made to gain possession of the land (under encroachment) since a 100-foot road had to be constructed to connect Vikas Nagar with Shaheed Bhagat Singh Nagar while passing through Pakhowal Road along Sidhwan Canal and the Ferozepur railway line,” the complainant had contended.

The MC officials said further action on this issue would be taken after the layout of the scheme was received from the LIT since the scheme was planned and developed by the Trust.