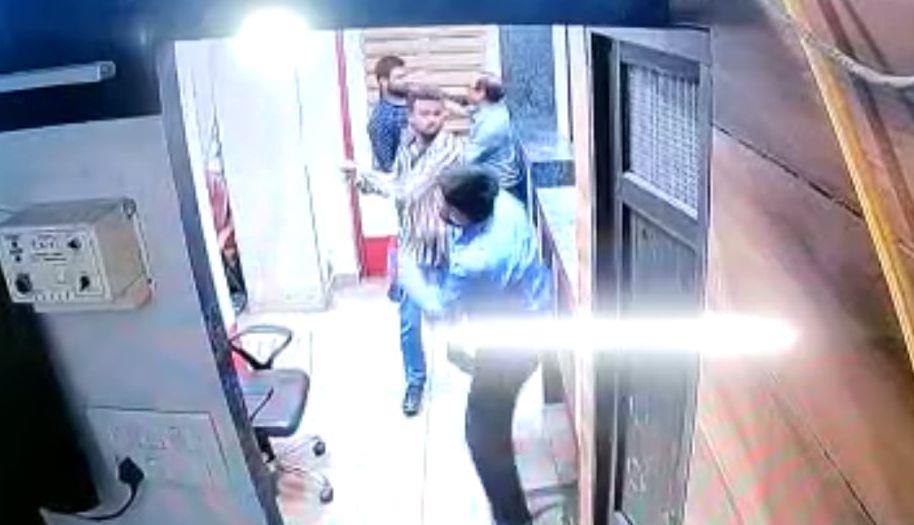 A CCTV grab of the robbery occurred at the oil trading firm.

The Ludhiana police have reportedly cracked the robbery of over Rs 40 lakh occurred at an oil trading firm, Arora and Company, in Kesar Ganj Mandi here yesterday.

Sources confirmed to The Tribune that two of the three accused who committed the crime had been identified and police teams were conducting raids to nab them.

“We have almost cracked the case. Robbers involved in the act have been identified. We cannot reveal the identity of the accused before their arrest as revealing their identity may alert them and they might go underground,” said a senior police official.

Sources confirmed that on the basis of the CCTV footage, when the police matched images of notorious criminals stored in the criminal data of the Ludhiana police, two robbers were identified. They were reportedly natives of Bihar but were at present staying in Ludhiana. The police also conducted a raid at their whereabouts to nab them.

“When we showed images of suspected robbers to the employee of the firm, from whom the cash was looted, he identified two of them,” said a police official.

Meanwhile, Police Commissioner Kaustabh Sharma visited the firm office from where three robbers had looted cash on Friday. He interacted with the firm owner. “We have already got some vital clues about the robbers and will soon arrest them. We will also ensure recovery of the looted cash,” Sharma said.