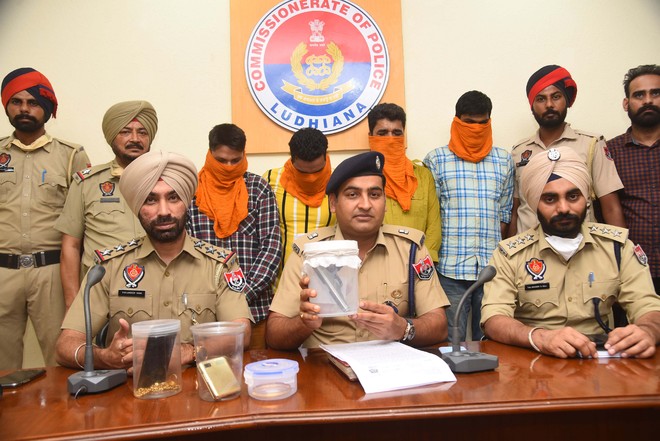 The Ludhiana police claimed to have solved two major carjackings reported in the city in the past three weeks. Four members of a robbers’ gang were arrested by the police.

The arrested gangsters have been identified as Surjit Singh (49), alias Makhan, resident of Gol Bagh City, Ferozepur, Puran Singh (28), alias Pannu, resident of Ferozepur, Sahib Singh, alias Sabha, resident of New Abadi, Ferozepur, and Sobar Randhawa of Akash Avenue in Fatehgarh Churia. One of the gang members Lakhwinder Singh of Kaluwal village, near Ferozepur, is yet to be arrested in the case.

The ADCP said the gang had been operating for a long time and members are also facing cases of car thefts and loot registered against them at various police stations.

The ADCP said both the Indigo cars, which the police had recovered from the gang members, were stolen by them from Amritsar and Jalandhar recently, adding that both these cars were used by the gangsters to commit carjackings in Ludhiana.

“We will demand the police remand of the gangsters so that more vehicles are recovered from them. The police will also verify if any vehicle was sold by the accused,” added ADCP Verma.