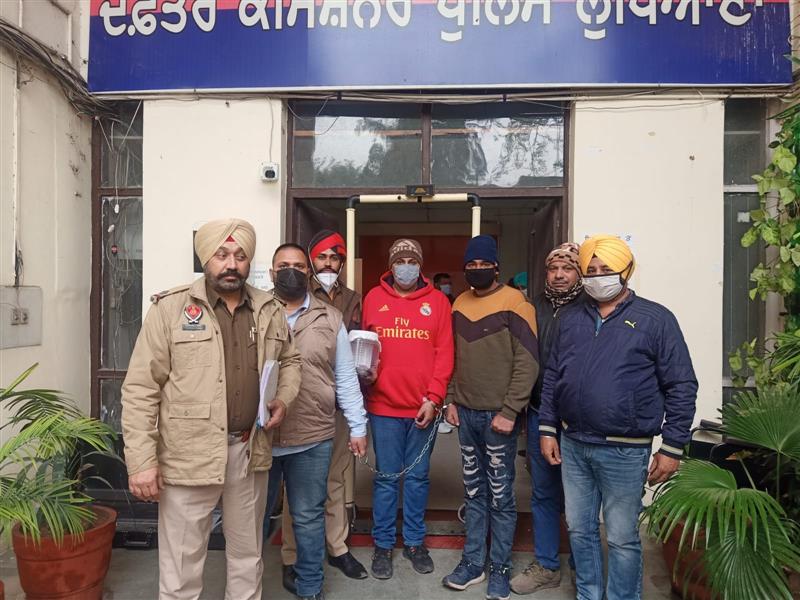 The two criminals in police net in Ludhiana. Tribune photo

Acting swiftly on a tip-off, a team of the CIA-III branch of the city police arrested two hardcore criminals, identified as Pritpal Singh, resident of GTB Nagar, and his accomplice Sandeep Singh, resident of Mudian Kalan, from the T-Point at Mundian Kalan on Sunday with a stolen car and a country-made pistol.

Giving details, police officials said when the duo were nabbed, they were travelling a white Swift car (HR-36Q-6438), which was later found to have been snatched on the night of January 11 from the Sirhind-Chunni Road area, under Wadaliwala Singh police station, and a case in this regard was already registered against the duo in the police station in Fathegarh Sahib district.

The police said the search of Pritpal and Sandeep led to the recovery of a .32-bore country-made pistol, magazine and two cartridges. The duo have been booked under Section 379-B of the IPC and Sections 25, 54 and 59 of the Arms Act at the Jamalpur police station.

During preliminary investigation, the police had learnt that Pritpal Singh had as many as 17 criminal cases registered against him at different police stations for his involvement in fraud, cheating, possession of illicit arms and ammunitions, fabrication of documents with intention to cheat, criminal conspiracy, assault and causing injury due to rash driving. Past criminal record of the other accused Sandeep was also being tracked, said the police. — OC