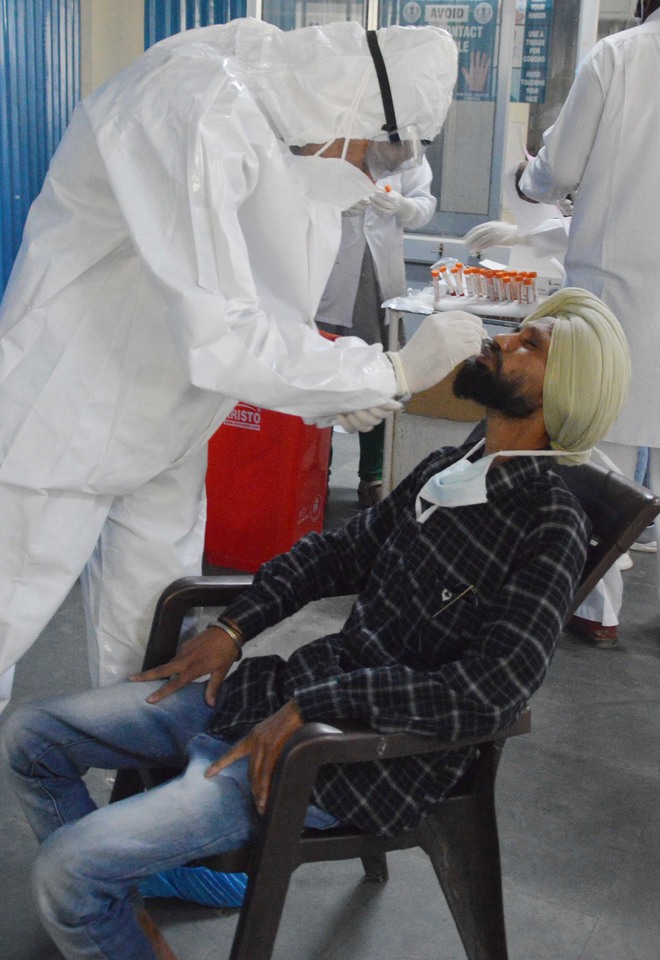 A person gives his sample for Covid testing. Tribune photo

Today 50 persons tested positive for Covid and two persons, a boy and a woman, lost their lives to the virus. The total number of people from the district who have lost their lives have reached 832.

The number of patients recovered so far is 19,026 and confirmed patients from the district stand at 20,096. Those who lost their lives include a 65-year-old woman from Melo, who was admitted to the PGI, Chandigarh. She was also suffering from diabetes, hypertension and a chronic kidney disease. The other deceased was a 13-year-old boy from Detwal who was admitted to the Guru Gobind Singh Medical College and Hospital, Faridkot. He did not have any co-morbidity.

Meanwhile, a teacher from Government Senior Secondary School, Samrala, has tested positive for Covid as a result the school has been shut down and students have been asked to resume their studies online. The teacher has been asked to self quarantine at home while samples of staff members who came in contact with the teacher are being taken by the Health Department. Tests of the students will be done after approval from their parents. Then school is being sanitised. Tests of the staff were done on Friday after which the teacher has tested positive.

At present, there are 236 active patients in the district. A total of 50 new patients from Ludhiana district have tested positive in the past 24 hours.