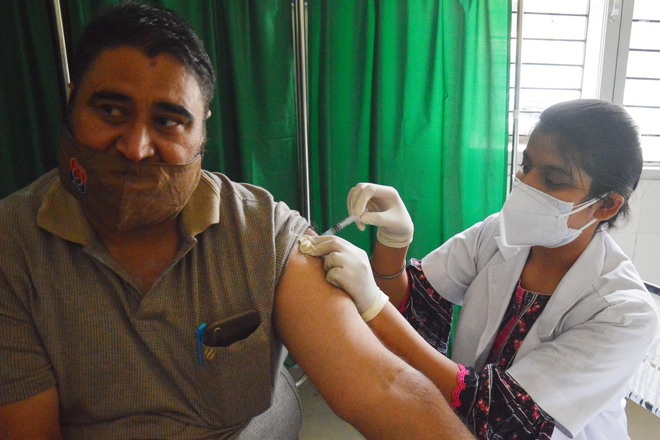 Six more persons from the district have succumbed to the virus during the past 24 hours. Also, 482 fresh cases were reported today.

As many as 43 persons came in contact with positive patients, 98 visited OPD and 248 with influenza-like illness visited Flu Corner. Two healthcare workers, cop and three with severe acute respiratory infection have tested positive for the virus. Besides, 87 patients are yet to be traced.

At present, 30 patients — 20 from Ludhiana and 10 from other districts or states — have been put on ventilator support.

Deputy Commissioner Varinder Kumar Sharma said there were 3,756 active patients in the district at present. A total of 542 patients (482 new patients from Ludhiana district and 60 from other states/districts) had tested positive in the last 24 hours.

As many as 1,226 persons from Ludhiana and 634 from other districts had lost their live till now, he said.

The Deputy Commissioner appealed to the residents to adhere to all the safety protocols like wearing masks, maintaining social distance and washing hands frequently.