Two killed in road mishaps in Ludhiana : The Tribune India 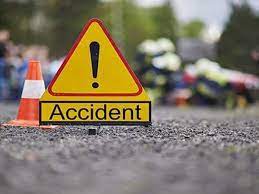 Two persons died in road mishaps in the city. In the first incident, 35-year-old Sushila Devi, a resident of the Rahon road, was crushed to death by a rashly driven tipper on the Rahon road.

Complainant Sunny Dev told the police that on August 16, her sister was going home when the tipper crushed her to death on the Rahon road. The driver then abandoned the vehicle and fled the spot. Investigating officer ASI Radhey Sham said after registering a case of causing death by negligence against the tipper driver, further probe was on to identify him.

In another incident, 32-year-old Sukhdev Singh, alias Ghona, of Lalto Kalan, died after his motorcycle was hit by a car near Kheri village yesterday. Complainant Kulwant Singh, the father of the deceased, told the police that on August 15, his son was going towards the Pakhowal road when a speeding Swift car came from the wrong side, and rammed into his son’s motorcycle.

The complainant said his son suffered serious head injuries and was rushed to a private hospital where he succumbed to his injuries yesterday. Investigating officer Parminder Singh said a case had been registered yesterday against the accused, identified as Sukhman Singh of Beela village. He was yet to be arrested.