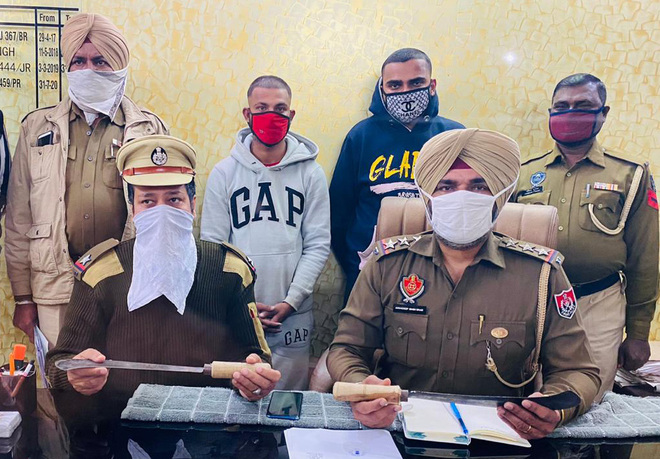 Cops address the media in Ludhiana on Thursday. Tribune photo

The arrested suspects have been identified as Shubham, alias Gopi, of Kakowal Road, and Deepak, alias Toti, of Sarpanch Colony.

Brar said on October 9, the suspects had looted Rs 3.42 lakh from Sandeep Kumar from Gill Road. They also snatched a scooter of the victim after committing the crime.

On October 19, Gurpreet Gopi of Bawa Colony, Sanjiv Sanju of Anandpuri and Mohit Sharma of the Rajput road was nabbed by the police.

The SHO revealed that Shubham had surrendered in the court and his two-day police remand was sought from the court.

So far, the police have recovered Rs 1.20 lakh in cash, a car, a scooter and two sharp weapons in the case. — TNS