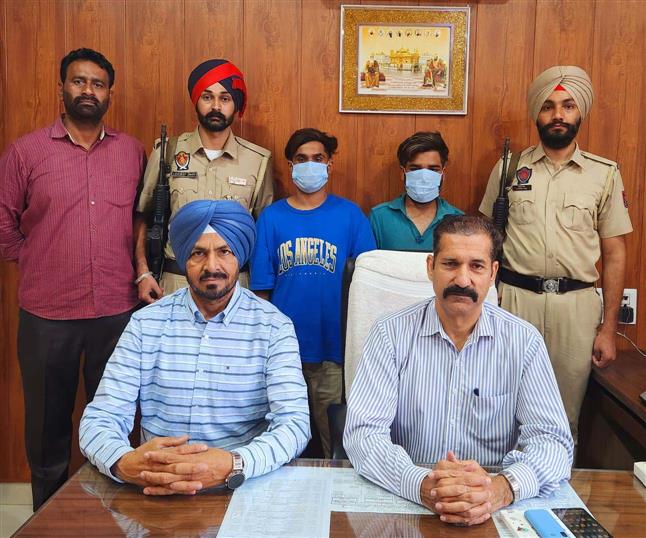 The suspects in police custody in Ludhiana on Tuesday. Tribune photo

The Special Task Force (STF) nabbed two persons and seized 1.57 kg of heroin from their possession.

The suspects have been identified as Harsh Kalyan (19) of Labour Colony and Anmol Gill (23) of Amarpura. A case under the NDPS Act was registered.

STF inspector Harbans Singh said a tip-off was received that the suspects were into the trade of heroin smuggling and were on their way to deliver a huge consignment of drugs to their clients.

Accordingly, the STF police party laid a naka near the Vardhman Chowk where the scooter-borne persons were intercepted. During the checking of the scooter’s dicky, 1.57 kg of heroin was recovered, the inspector said.

During his questioning, one of the suspects, Harsh, admitted that he was into the trade of smuggling for the past one year and had chosen it to become rich in a short span of time. Now, the police remand of the suspects would be sought, Harbans Singh said.