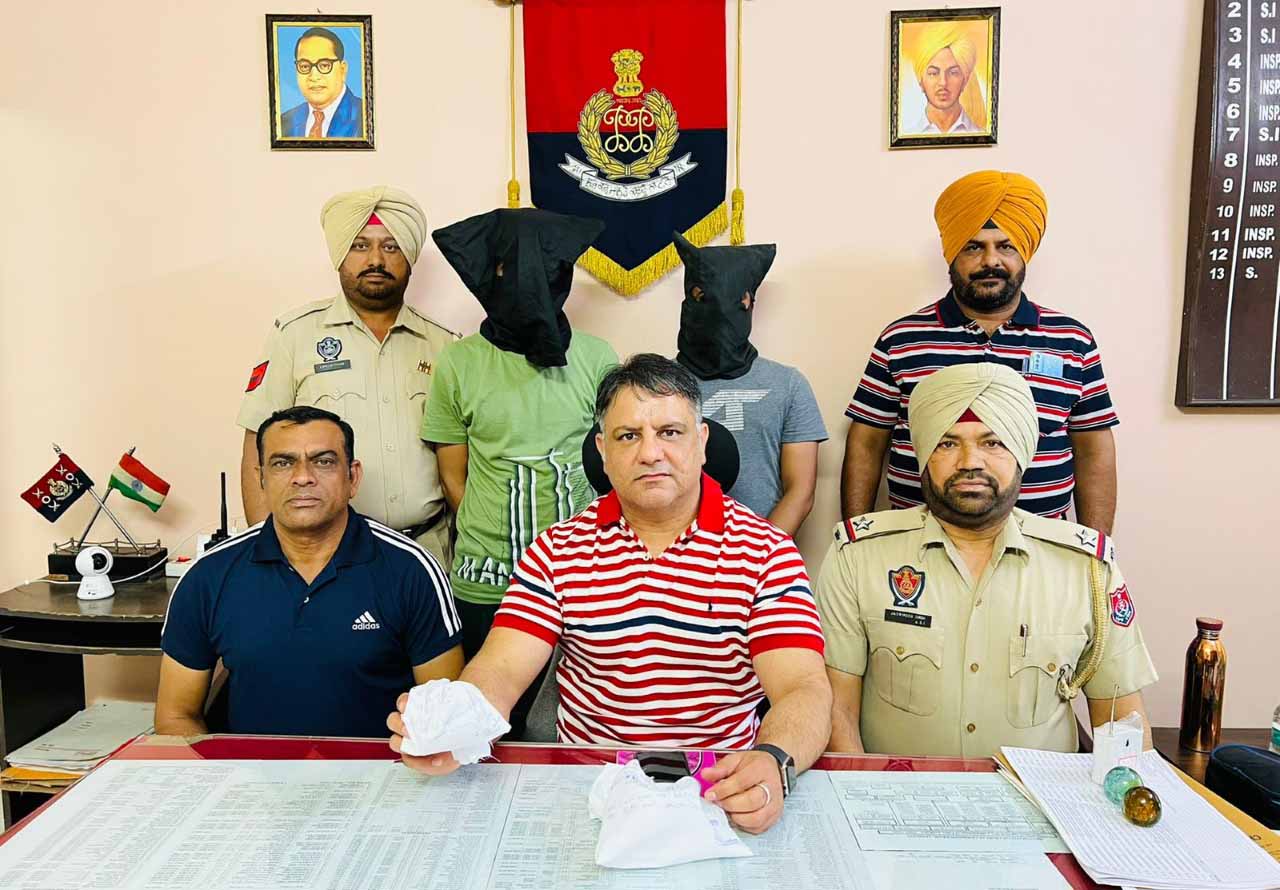 The two heroin smugglers in CIA net in Ludhiana on Tuesday.

The CIA-I wing of the city police today nabbed two smugglers and recovered 30 gm of heroin from their possession. The police also impounded the Swift car used by the smugglers to deliver drugs.

A case under the NDPS Act was today registered against the smugglers, identified as Vijay Kumar, alias Billu, resident of Shankar Colony, Tibba, and Sunny Nahar of Basti Jodhewal.

“Both the accused are drug addicts. They have been into the illegal trade for years. They have links with big drug suppliers. We will now take their police remand from court so that the entire supply line of drugs could be busted and big suppliers in the racket could be nabbed,” added Inspector Juneja.

The Dugri police nabbed a man who had robbed a woman of cash and gold at Dugri. The robber had barged into a house in Dugri on May 14 and after holding the woman captive, robbed her of gold ornaments.

The arrested robber has been identified as Raju Nepali of Nirmal Nagar.

Investigating officer ASI Surinder Singh said on May 14, Raju Nepali had barged into the house of Gursim Sharma. As she was alone at home, Raju Nepali had held her captive and looted gold ornaments from her.

Raju Nepali was captured in the CCTV footage of the area.

Yesterday the police got information about the whereabouts of Raju Nepali and after conducting raids, he was nabbed.

The police said on May 1, Raju had committed a theft in the same house of Gursim and then he had stolen Rs 22,000, two mobile phones and some gold ornaments.