Now, third generation of Pritam Singh is running pedal manufacturing unit set up by him in city 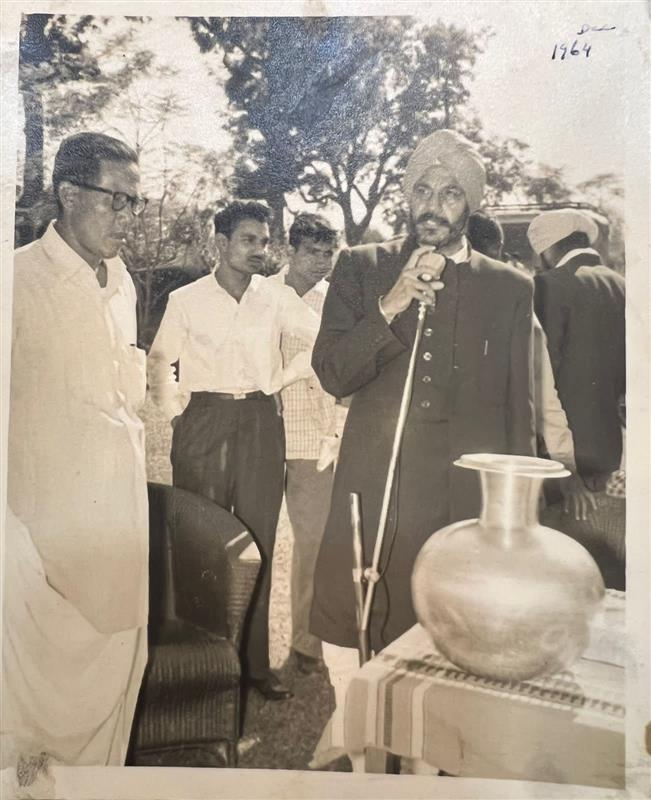 Pritam Singh addresses a dealers' meet in Assam in 1964.

Life was tough for Pritam Singh Chawla after he got uprooted and came to India 75 years ago during the Partition but he was a fighter and never faced defeat. Now, his third generation is eating the fruit of his labour.

In Khushab, Pakistan, he began trading bicycle parts and was working as a manufacturers’ representative while his father was working as a general manager at a mill there. But destiny had something else stored for him and the Partition occurred and he came to Kanpur.

From Kanpur, he used to come to Ludhiana for business, which was at that time emerging as a industrial hub, and since it was difficult to travel frequently, he shifted to the city.

Pritam breathed his last in 2007 and now, it is his third generation that has entered the business and taken over the reins. In Ludhiana, he came in contact with Janki Das Chopra from Super Cycles, Munjals from Hero Group and Hans Raj Pahwa from Avon Group and slowly and steadily, he set up his own unit, Chawla International, and started manufacturing cycle pedals and there was no looking back after then.

“I still remember an incident that my father shared with me from his childhood. Back in Pakistan my grandfather use to drop my father to school in a ‘tam-tam’ and one day after getting down from the ‘tam-tam’, he saw a ‘mori wala paisa’ lying on the ground and he picked it up. In the evening, he told his father about it and after hearing the same, my grandfather slapped my father. He said it was someone else’s money and somebody must be in need. He took my father to the same place and placed the coin at the exact place from where he had picked,” said DS Chawla, son of Pritam Singh.

Realising difficulties faced by traders who used to travel from one place to another, Pritam Singh came up with a unique initiative for travel agents, and the All-India Cycle Trade Travellers’ Association was formed.

“The association has its office on Gill Road, Ludhiana, where travel agents got a place to rest and relax and also hold meetings. It is still popular among the agents and is known as the ‘Agent market’. Besides, he was the honorary secretary general of the Chief Khalsa Diwan for 19 years and used to organise pilgrimage to Hemkunt Sahib,” DS Chawla added.