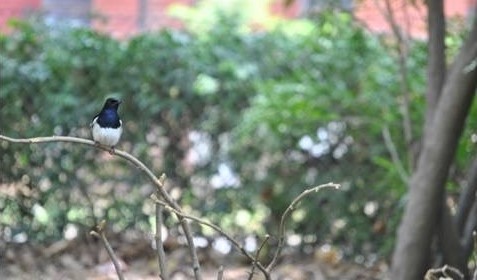 Each selected location was classified into built-up area, vegetation, parks, fallow land and road cover, she said. Each location was then divided into polygons and area of each cover type was calculated, she added.

She further said, “To understand location-wise bird diversity, a comparison of species, along with their feeding guilds, was carried out.”

Discussing the major findings, the PAU scientist revealed that the bird distribution, composition and struture were affected by urbanisation in Ludhiana city.

An increase in urbanisation affected the bird species richness, in which urban habitats were dominated by urban generalist species thus, creating biotic homogenisation, which was a major component of biodiversity crisis, the scientist said.

Presence of woodpeckers was recorded only on PAU campus dominated by ficus tree species, which provide sites for nesting, she added. Frugivores (primarily fruit eaters) were also observed to be the most abundant on the PAU campus with maximum vegetation, she said.

The urbanised area was numerically dominated by granivorous (primarily grain eaters) and omnivorous birds as multi-storey buildings and window cliffs offered nesting sites and artificial food provisioning, the she added.

She further elucidated that common parlance, avian diversity and diverse feeding guilds were positively correlated to the area under vegetation as compared to other habitat components.