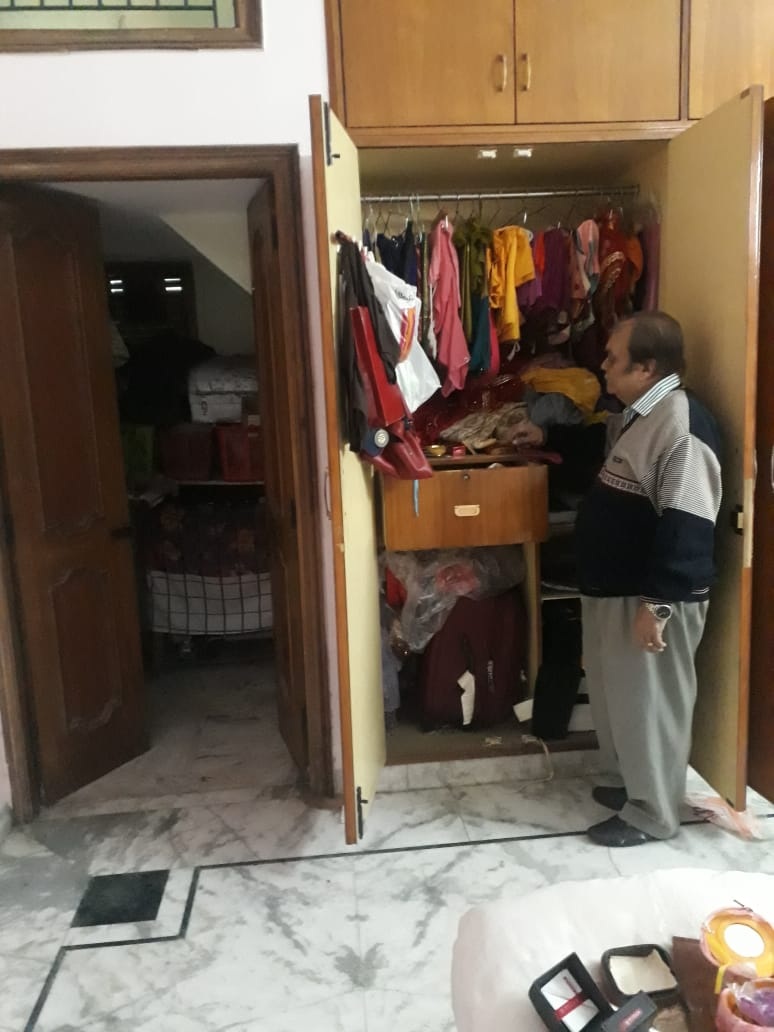 This is the second theft reported at the scientist’s house. In 2016 thieves had targeted the same house and then decamped with valuables worth Rs 19 lakh.

Amit Saxena, who is working with Nippon Audiotronix, Noida, said his mother suffered brain stroke due to which she was undergoing a treatment at a hospital in Noida. “We gave our house keys to our acquaintances who were supposed to switch on the porch lights and they were religiously doing that. However, due to extended weekend after November 19 (Gurupurb), they couldn’t do the same and on November 22 night when they went to our house, they discovered that our house was broken into, fully ransacked and most of the stuff was stolen. After they informed us, me and my father then immediately reached the house onTuesday night from Noida and informed the police,” added Amit.

Thieves might have jumped wall and entered from drawing room after breaking locks.

“We have already spent a huge sum of money on my mum’s treatment and now there has been a theft at our place. It’s my humble request to Police Commissioner Gurpreet Singh Bhullar to kindly look into the matter since my parents’ lifelong earnings are gone now,” appealed Saxena.

CCTV cameras installed in the opposite house also captured the thieves who first did a recci on November 21 and then came on November 22 night to commit the theft. The thieves had left behind a yellow bag inside the house.

The Sarabha Nagar police registered a case against the unknown persons on Wednesday evening and CCTV cameras are being scanned to get clues.

Same house was burgled in 2016