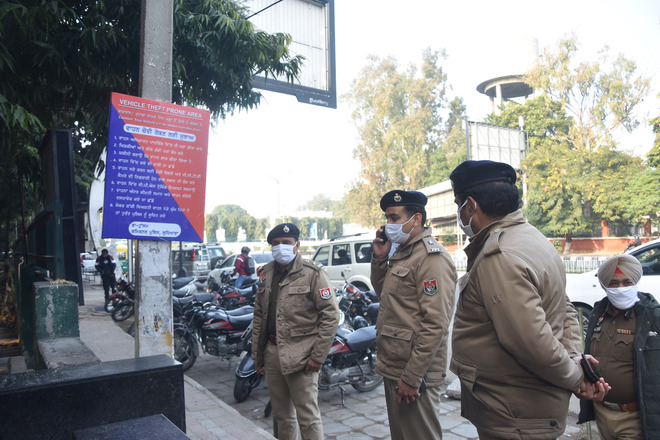 After checking the pattern of vehicle theft incidents reported in the industrial hub, the Ludhiana police installed signboards at several places to make people aware of vehicle theft-prone areas.

Agrawal said over 800 incidents of vehicle thefts, especially of two-wheelers, reported in the city and around 80 per cent of the incidents were already solved with the recovery of stolen vehicles and with the arrest of members of vehicle thieves’ gangs.

“We have conducted a study and have found that there are 34 such places in the city where vehicle theft incidents reported the most. Now, warning signboards displaying awareness messages to prevent vehicle thefts have been put up at these spots. Even CCTV cameras have also been put up in these areas to keep a tab over vehicle thieves,” said the CP.

Agrawal said the police control room would keep a tab over the CCTV cameras and after noticing any suspicious persons, control room police officials will alert the police station concerned.