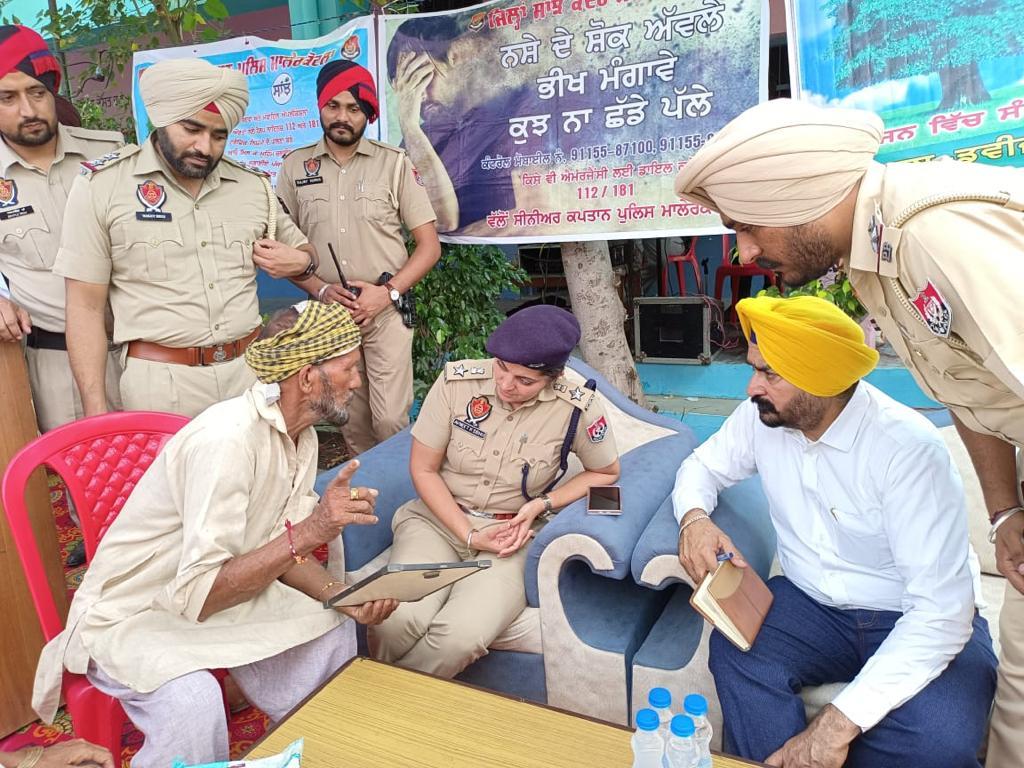 SSP Avneet Kaur Sidhu listens to the grievances of a resident at Kanganwal. Tribune photo

Responding to a call given by the Malerkotla district police chief, civic bodies of various villages of the region have started constituting dispute resolution committees, which would resolve minor issues at their own level instead of taking the more complicated and expensive legal recourse.

Besides creating harmony among various groups and factions of villagers, the practice will help the police to devote more time for crime detection by easing their burden.

Appreciating the positive response to an appeal made by her during police-public meetings held recently, Malerkotla SSP Avneet Kaur Sidhu said SHOs and beat officers had been advised to stay connected with the village-level committees to keep track of the implementation of compromises made amicably from time to time.

“Though we have already made adequate proactive measures for the prevention and detection of crime in the region, we have persuaded office-bearers of various elected bodies and social organisations to constitute the village-level committees for resolution of petty issues,” said Sidhu, maintaining that SHOs had started receiving a positive response from villagers.

Sidhu argued that elected representatives of rural civic bodies and social leaders could help ease police burden by resolving petty issues by arbitration at the local level. She appreciated that elderly persons, youth and women of various villages were enthusiastic about performing duties as dispute resolvers.

Ahmedgarh Sadar SHO Gagandeep Singh said the civic bodies at Kanganwal, Baurhai and Jandali had already resolved some cases at their own level. “Besides saving time and energy of opposite parties, the arbitrators have eased our burden and now we can undertake more crucial jobs, including crime detection and prevention,” he said.

Malerkotla SSP Avneet Kaur Sidhu said the office-bearers of various elected bodies and social organisations have been persuaded to constitute village-level committees for resolution of petty issues. She further explained that the SHOs had started receiving a good response from villagers. She argued that elected representatives of rural civic bodies and social leaders can help ease police burden by arbitration at the local level.