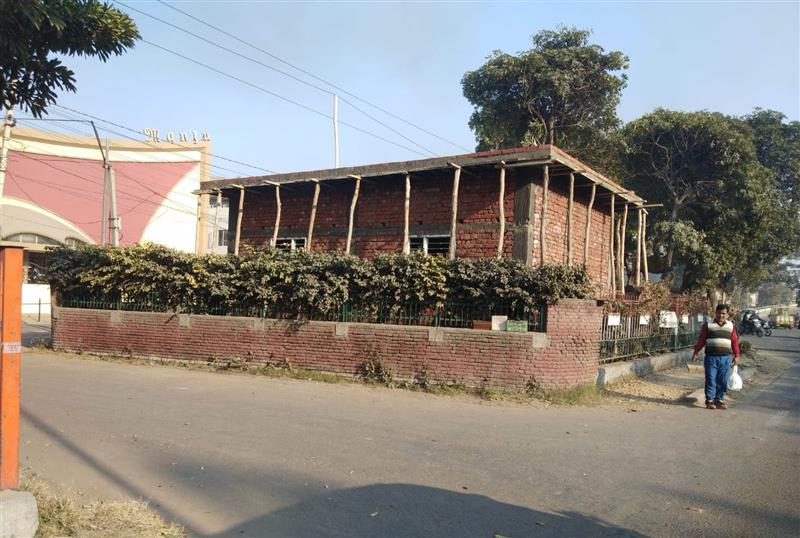 A concrete construction in a public park on GT Road near Manju Cinema in Ludhiana. Tribune photo

Even as the Commissioner of Municipal Corporation and Chairman of the Ludhiana Improvement Trust have already been summoned by a local court in connection with a ‘contempt petition’ for violation of directions by the National Green Tribunal for destroying green cover and carving out residential plot in public parks, the Municipal Corporation has yet again been caught on a wrong foot for raising a concrete construction in a public park in the city.

A local social activist, Gajjan Singh Jassal, has alleged in a complaint lodged with the National Green Tribunal, Punjab State Human Rights Commission, Departments of Forests, Environment Protection and Local Bodies that the MC has destroyed a major part of a park in C zone on GT Road, adjoining Manju Cinema, by making a concrete construction purportedly to be used as a library.

He said in the course of construction or rather concretisation of the park, the MC staff had also axed six full-grown trees, which is another offence under the Forest Conservation and Environment Protection Act.

Jassal maintained that with the city growing at a monumental pace, massive industrialisation and proliferation in number of motor vehicles, the mixed land use area where the park was located had a dangerous level of air and noise pollution and the parks as well as green belts in the area are lending a great service by acting as ‘lungs’ for the residents.

“In such a polluted area, killing full-grown trees and reducing green cover in the park is tantamount to a crime against humanity for which those responsible must be punished,” said the complainant, while citing relevant provisions of the Environment Protection Act, Protection and Preservation of Trees Act-1975 and specific directions of the NGT with regard to putting parks to any other use than what these are meant for.

Jassal urged the departments concerned to take cognisance of the serious act of destruction of a public park and take stern action as per the law of the land against guilty officials and functionaries of the MC. In a separate complaint to the Police Commissioner, he has demanded registration of a criminal case against those behind axing of six full-grown tress for raising construction in the park.