Capt inaugurates the mela; hails contribution of PAU to agriculture 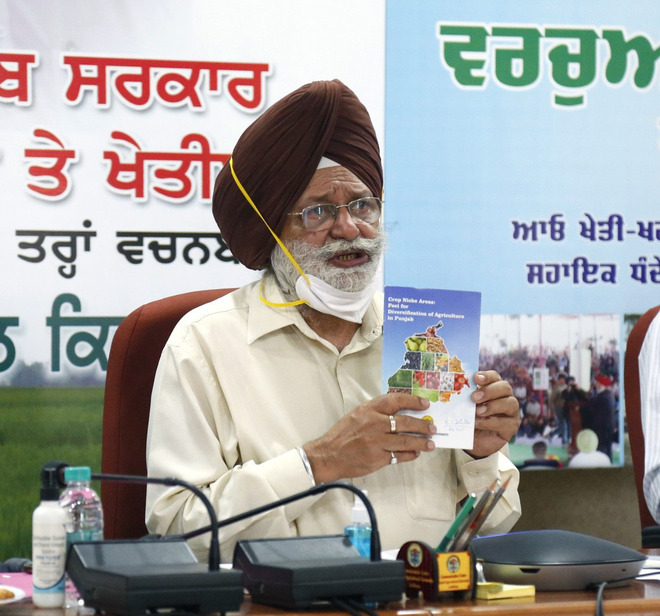 During his inaugural speech, he slammed the Central Government for not taking Punjab into confidence while implementing farm laws.

“Asi desh nu ann dita, kheti bhandaar asi parey (We provided foodgrain to the country and filled the granaries of the country). As per the Constitution of India, agriculture is a state subject. The economy of Punjab is dependent on agriculture. You made farm laws without consulting the state, which has made maximum contribution to the nation’s food buffer,” said the Chief Minister.

Talking about the contribution of PAU in the field of agriculture, the Chirf Minister said: “I have seen PAU progressing with the development of new crop varieties and technologies. This university has played a pivotal role in making the country food secure.”

He also expressed his concern over depleting water resources in the state.

Captain Amarinder Singh called upon farmers to make judicious use of pesticides in basmati (for export purpose), and listen to PAU experts and follow their advice.

Referring to paddy straw management, he said besides power generation, new methods needed to be devised for the use of straw. He suggested GADVASU to take initiative of embryo transfer.

PAU Vice-Chancellor Dr Baldev Singh Dhillon expressed his gratitude to the Punjab government for the budget allocated to the university. He said the tireless efforts of PAU had resulted in enhancing soil organic carbon and the use of biofertilisers, and bringing down the use of fertilisers and pesticides.

“To give processing a boost, PAU has established skill development centre and Food Industry Business Incubation Centre, where farmers can come to acquire trainings and avail incubational facilities, respectively,” he said.

Dr Dhillon also advised farmers to connect with PAU through Kheti Sandesh, Facebook Live Programme, PAU Kisan App and PAU Farm Inputs App. He informed that the state Department of Agriculture, in association with PAU, is organising as many as 1,000 training camps in 10,000 villages of Punjab to guide farmers regarding production and protection technologies for Kharif crops.

“A herbal preparation, under the Ministry of AYUSH, is under way with which farmers can cure the diseases in animals,” he disclosed.