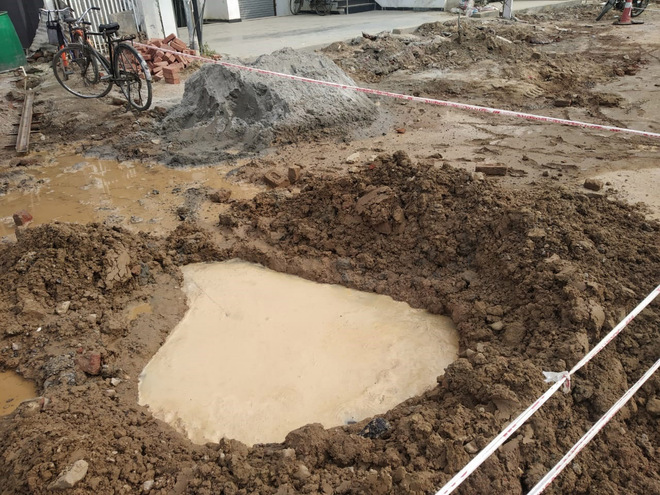 A water supply pipe was damaged two days ago when work was being carried under the smart city mission on the Malhar road here, resulting in water accumulation outside a few shops.

The Municipal Corporation deployed its staff for repairing the supply line.

Paramjit Singh, president, Malhar Road Shopkeepers Association, said, “The stretch was dug up in a poor manner for the smart road project due to which the water supply line got damaged. The pipe was not repaired by Monday afternoon,” he said.

Shopkeepers demanded from the Municipal Corporation the repair of the water supply pipe at the earliest. MC’s Superintending Engineer (O&M branch) Ravinder Garg said staff had been deployed for the repair of the damaged pipe on Malhar Road.

Meanwhile, the shopkeepers also said that Ludhiana Smart City Limited should complete the smart road project at the earliest. They said they were already suffering a lot due to delay in the project.

The contract for the project Retrofit of Sarabha Nagar Market and development of Malhar Road as smart road was awarded in November 2018, while the project work was supposed to be completed in May 2020, but the work had not been completed till date.