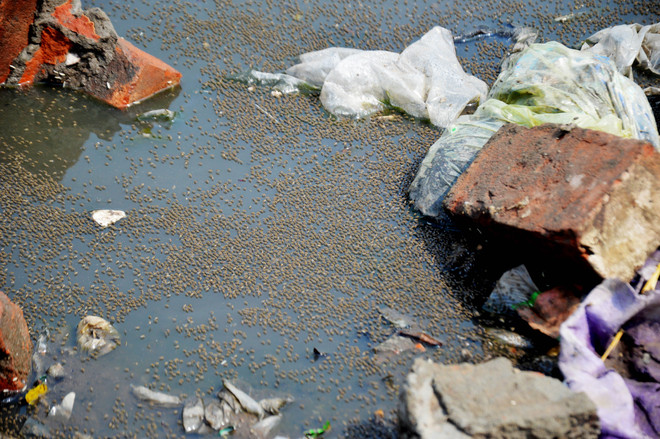 The waterborne diseases, caused by microorganisms in untreated or contaminated water, are on the rise, if the number of cases and deaths are any indication.

The waterborne diseases, caused by microorganisms in untreated or contaminated water, are on the rise, if the number of cases and deaths are any indication.

Against 203 cases and no death reported last year, the state has reported 523 cases and one death due to waterborne diseases till July 20 this year, the government has confirmed.

However, the state has reported five waterborne diseases’ outbreaks till July 20 this year as compared to 10 such outbreaks registered in Punjab last year, the official figures have revealed.

The data compiled by the Health and Family Welfare Department, a copy of which is available with The Tribune, showed that the state had reported the highest-ever 29 waterborne diseases’ outbreaks in 2019, followed by 24 in 2018, and 28 in 2019.

The rural-urban classification of the cases and deaths revealed that this year, 361 cases of waterborne diseases were logged in rural areas, 162 in urban areas and single death so far was also reported in rural area.

Taking cue from the situation, the government has pressed into action different departments concerned to check and prevent the further spread of waterborne diseases and outbreaks in the state. While the Local Government Department has launched a special campaign to check leakages in water supply lines and illegal water connections, and locate hotspots in each district from where every year samples fail or an outbreak occurs, the Water Supply and Sanitation Department has undertaken random water sampling.

Non-chlorination of potable water has been found to be the main cause behind the incidence and outbreak of waterborne diseases in most areas, the government has maintained.