With 50th train, 57,500 migrants have gone back to native places 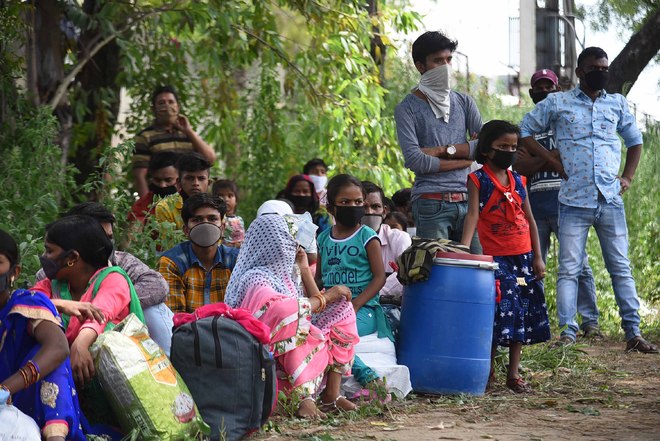 Migrants wait for buses to reach the railway station for boarding trains to their native places, in Ludhiana on Friday. Tribune photo: Himanshu Mahajan

Till now, the 50 ‘shramik special’ trains have taken around 57,500 migrant workers back to their native places in Uttar Pradesh, Bihar, Madhya Pradesh and some other states.

Although officials maintain that the entire work from picking up home-bound migrants till dropping them at the railway station for boarding their respective trains was being carried out smoothly, yet allegations were being levelled that unregistered persons were allowed to board trains against monetary consideration by a well-organised gang of touts.

From day one, senior officials had been claiming that right from collection points across the city, transportation of intending travellers to Guru Nanak Stadium for screening, distribution of food and handing over journey tickets before their departure for the railway station on foot to board their respective trains was flawless. There was no scope for any person not registered on the web portal of the government to travel by these trains, officials said.

However, migrant workers alleged that a few touts active around Guru Nanak Stadium were promising desperate migrants out of turn travel back home by ‘shramik special’ trains even if they had not registered themselves on the web portal.

“Agents/touts are demanding a bribe of Rs 1,000 to Rs 1,500 per person for this job while claiming that the booty is shared by certain government employees and even police personnel deployed at Guru Nanak Stadium,” said a migrant requesting not to be named.

If the allegations had some basis, the collusion of unscrupulous employees, policemen and volunteers in this racket was a foregone conclusion and called for a high-level probe to bring out the real truth, said YAD district president Gurdeep Singh Gosha.