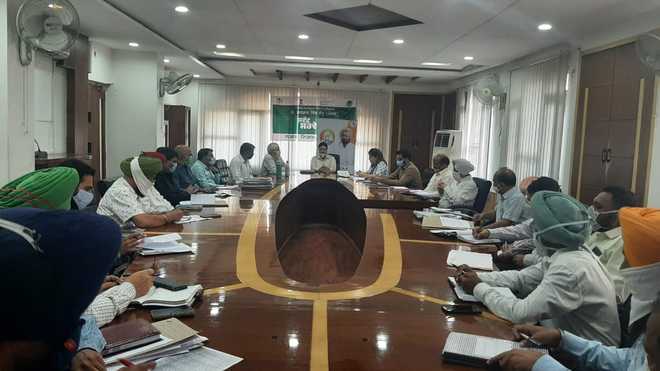 Eight micro-forests set up so far

The Municipal Commissioner, Pardeep Kumar Sabharwal, told officers and employees to follow the orders of the NGT as per the timeline. He also issued strict instructions to the officials to abide by the Solid Waste Management Rules and directed them to take aggressive action to achieve better ranking in the upcoming Swachh Survekshan. He also directed the officials to ensure 100 per cent door-to-door garbage collection and waste segregation at source.

Sabharwal said along with Budha Nullah, eight micro-forests have been set up so far and directed the horticulture branch to set up 25 more micro-forests in collaboration with NGOs.

He also directed to construct boundary wall for compost pits in all parks. He directed the officials to follow the tool kit for Swachh Survekshan to achieve full marks in all parameters of the survey. Instructing the officers and employees of the MC, the commissioner said if any negligence was committed by them, strict disciplinary action would be taken against them. — TNS