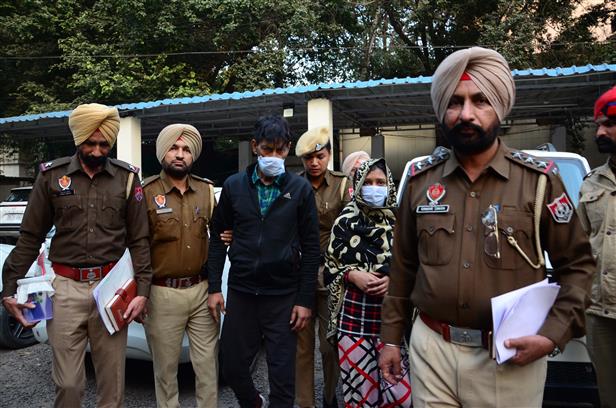 Within a few hours of looting a car and valuables from a Mohali-based driver of Uber company, the Ludhiana police arrested the two suspects and recovered the looted vehicle.

A woman posing as a customer was the main conspirator who along with her aides had looted the car in the wee hours of Tuesday.

The nabbed suspects have been identified as Ranjit Singh and Lovepreet Kaur, alias Preeti (20), both residents of Dhillon Nagar here.

Sidhu said Sandeep of Mohali had lodged a police complaint in which he stated that he had attached his Swift Dzire car (HR38Y5596) with Uber company. On December 5, Preeti had booked his (complainant’s) car from Chandigarh to Ludhiana at Rs 2,500 fixed charges.

After reaching Lohara around 12.15 midnight, the woman asked the driver to stop the car. When the driver asked for payment, the former told him that she was not carrying money but she had called her friends who would come to handover the money.

After a few minutes, five persons on two motorcycles reached the place. They were carrying sharp weapons and before the driver could understand anything, they attacked him. The assailants forcibly took away the car, Rs 8,500 in cash and other valuables from the driver.

Mandeep said after receiving a complaint, the police sounded alert and launched a probe to catch the suspects. Within a few hours, the main suspect, Preeti, and her aide Ranjit was apprehended by the police. The looted car and a mobile phone of the complainant were also recovered.

The CP revealed that Ranjit also had a criminal record as six cases, including of snatching and theft, were registered against him in the past in Ludhiana.

Preeti is an orchestra dancer. Yesterday, she went to perform in some function near Chandigarh but her programme was cancelled at the eleventh hour. Later, the girl hatched a conspiracy with her accomplices.