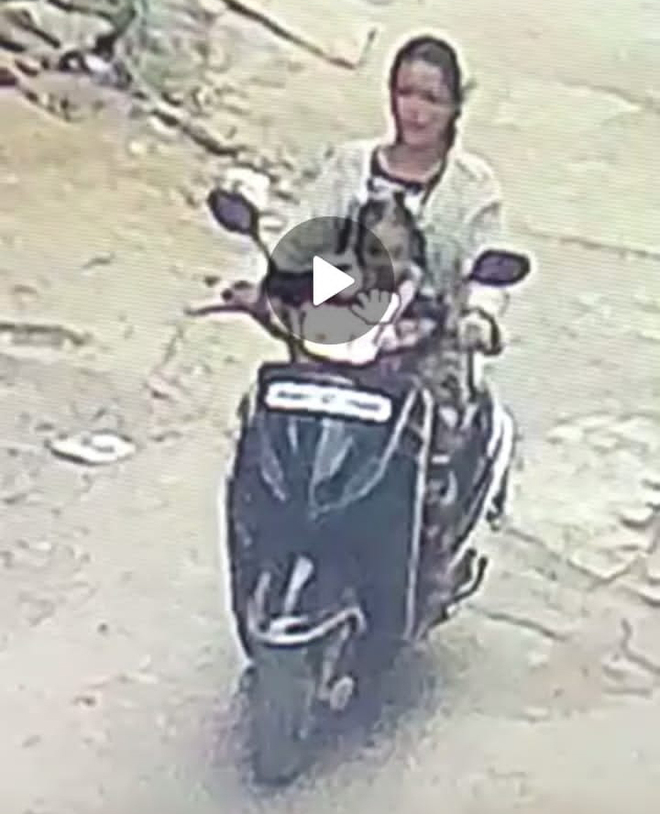 A CCTV grab of Neelam taking Dilroz on a scooter for burying her alive in a field in Ludhiana.

A 35-year-old woman buried a two-and-a-half-year-old daughter of her neighbour alive in a field at Salem Tabri on Sunday.

The woman, Neelam, was arrested. She is an immediate neighbour of the deceased child, Dilroz, in Shimlapuri.

Dilroz was daughter of senior constable Harpreet Singh, posted in the India Reserve Battalion (IRB) of the Punjab Police. Harpreet is currently posted as a gunman of Gill village sarpanch.

Neelam committed the crime as she was upset by the alleged rude attitude of Harpreet who used to stop her children from playing in the street. Recently Harpreet had also badly scolded Neelam’s children, due to which she decided to take revenge by killing his daughter.

Today at 3.15 pm Neelam kidnapped Dilroz and took her to a field in Salem Tabri. She dug a small pit and buried the child alive there.

When the child’s family came to know about kidnapping late this evening, they informed the police. Joint CP, City, J Elanchezhian immediately reached the spot for investigation. After checking the CCTV cameras in the area, Neelam was immediately rounded up. During questioning, she admitted to the crime.

“We took the woman to the field and recovered the buried child. The child was immediately taken to DMC Hospital but doctors declared her brought dead. The woman confessed to having committed the murder,” said JCP Elanchezhian.