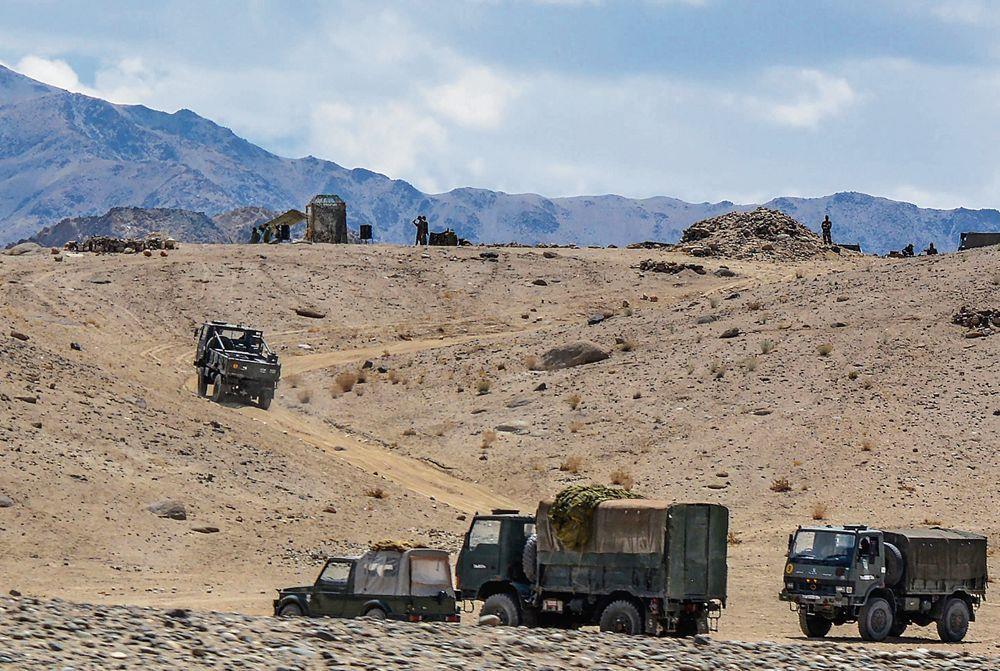 I WAS a Captain in Srinagar sub-area when in May 1963 the stocking of Ladakh commenced. I was tasked to oversee the running of transit camps and movement of convoys.

The movement plan of convoys was issued by the Border Roads Organisation (BRO): two convoys — on the same night — would arrive at the Bodkharbu transit camp (340 km from Srinagar). The camp catered to 200 transients while in these two convoys the strength of troops would go up to 1,500. Thus chaos prevailed.

I suggested to the sub-area commander (known as Joe Dass) that we should reschedule the movement plan so that only one convoy halted at the camp for the night. Up and down convoys could cross each other at Lamayaru. The Brigadier approved my suggestion.

A week later, there was a conference at the Corps HQ, where the Army Commander too was present. Dass raised this problem at the Bodhkharbu camp and presented the suggested movement plan. The BRO commander pointed out that it was not possible for two convoys to cross each other. He said he had built that road and knew every inch of it.

On return, Dass told me what had transpired at the conference and gave the go-ahead to implement the plan.

That day itself, I put the new movement plan in operation and left for Bodhkharbu. From the transit camp, we collected about 18 men with spades, etc. At Lamayaru, as one travelled towards Leh, there was an embankment of mud, about 10 ft high. Travelling on this road, one could not see the vast open ground beyond. That is how the BRO commander was not aware of it.

On reaching the spot, we broke down the embankment at two places: one for a vehicle to move up, and the other to come down to the road.

The next day, two convoys were able to cross each other by halting one on the road, while the other climbed to the vast open ground. Two days later, both Dass and the Brigadier (Administration) from the Corps HQ were there to see the crossing of the convoys.

Dass had been transferred from the Army Service Corps to the Armoured Corps when the British officers left in 1947. He had imbibed the cavalry spirit. He staked his career on the word of a Captain. A few months later, he and the GOC, 19 Infantry Division, were killed in an air crash over the Pir Panjal Range. Dass was a bachelor.