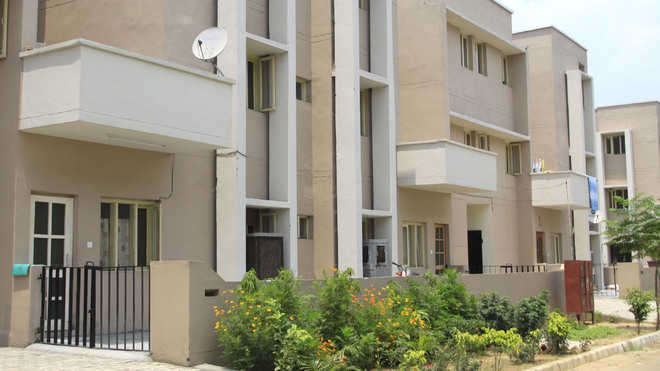 Our family followed no rituals. I do not recall anyone going to a temple. My mother was a devoted housewife who single-handedly — since my father was in the Army — brought up six children, reared cattle and supervised farming. That was her religion. After the Partition, my father’s gallantry award land in Okara tehsil of Montgomery district was swapped with an equal measure in a village vacated by Muslims on migration to Pakistan. Unlike our original village, this land was canal-irrigated and more fertile. It also had a metalled road to the town. We shifted to this village for economic reasons.

Settling down there was a unique experience. All settlers had come from different villages, mostly from a military background. There were no carryover disputes or quarrels and life started anew.

The house allotment corresponded to one’s landholding. Since my father had two gallantry awards, we got high priority in choosing a dwelling. The house was an imposing structure. The central hall was 25 ft high with windows on two sides. Limestone was used liberally. Built over a century ago, it has stood the vagaries of weather. The owner had his name — Mustafe Khan Rajput — etched in the walls at two places. It still exists. No one has ever envisioned erasing and replacing that name.

The new village had a mosque. The new settlers started using it as a primary school-cum-panchayat ghar. Later, when a government school came up, the mosque premises were used for housing wedding baraats.

Three of us younger brothers did our schooling there. On joining the NDA, I had five layers of officers as instructors and supervisors. The immediate senior, a divisional officer, was a Christian naval Lieutenant. Except being stingy in awarding grades, he was gentle and friendly. Squadron Commander Major Khader Ahmed was kind and fatherly. As cadets, we even had meals in his house. Beyond that level, our contact was indirect and infrequent. The battalion commander was a Hindu Wing Commander. He drove a Buick car and had a visibly opulent lifestyle. The Deputy Commandant was a quiet Sikh Colonel. And last was the Commandant, Rear Admiral Samson, a Jew, known for outstanding oratory and wit. I don’t believe this kind of diverse hierarchy was designed on purpose. It was just happenchance, as religion has never played a role in the military. We looked up to them as senior officers and never even noticed their religion. I am recalling it only now.

We need to adopt the defence services’ model — use accommodation and tolerance as societal cement. History should remind us of the pitfalls of internal divisions. Invaders are like water, which flows in whenever and wherever it sees a crack.