BK Sharma, a great doctor and a gentleman 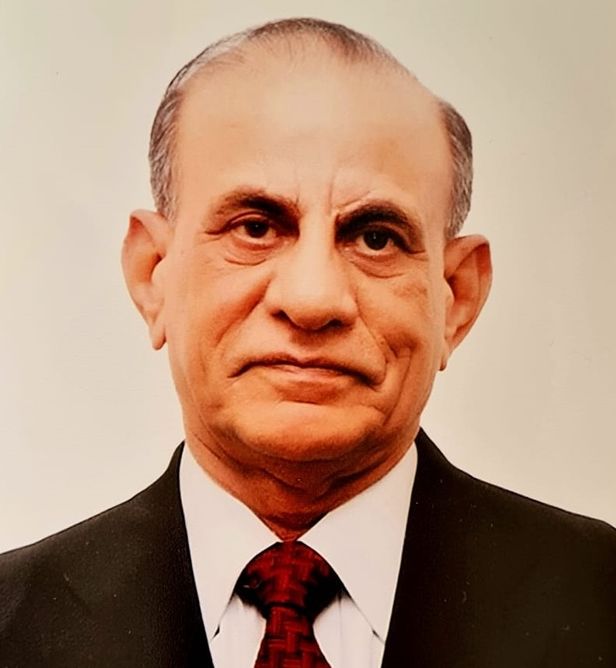 WHAT does one feel, and what can one write, when a great doctor and a gentleman — also a friend and a benefactor — passes on? A sense of numbness descends. BK Sharma, whom we lost just three days back, was no ordinary doctor, and no ordinary human being. But there it is: he is now ‘from our vain plaudits fled’, having battled death and nothingness, head-on, with grace and courage for as long as he could. ‘He was gone from sight’, as the Nobel Laureate, Seamus Heaney, wrote once, when a close friend of his, whom and whose talent as a fellow-poet, he greatly admired, died. ‘That much I could see …/No god had galloped/His thunder chariot, no hurricane/had swept the hill. Call me mad, if you like,/ Or gullible, but that man surely went/In step with a guide he trusted down to where/ Light has gone out but the door stands open.’ This just about sums up what goes through one’s head as one contemplates a loss as desperate as this.

BK Sharma’s colleagues and juniors should be able to record and tell much more than I possibly can; what he was like as a gifted medical student at Amritsar, coming from a little town in the Jammu region, or how he steadily rose not only to the position of Professor and Head of the Department of Internal Medicine at the Post Graduate Institute of Medical Education and Research (PGI) at Chandigarh, but also to become the Director of this great institution, and win the prestigious BC Roy award. As a doctor, his diagnosis was clear, his opinion firm but not unbending, and his interest in the patient truly genuine, for he kept following his progress up. A quintessential teacher, he gave of his knowledge freely and generously to his juniors. If he spoke his mind out clearly, it was simply, and exclusively, for the benefit of those who came to be treated. At the highest levels of his profession, his counsel was sought, and his opinion valued. And long after he had retired from the directorship of the PGI, and after half a century of intensive, dedicated work in the profession, he continued being asked to serve on, and chair, selection committees. This, because his judgement could be trusted and his honesty was beyond reproach.

Again, it is his family members — above all his wife, Dr Saroj Sharma, a brilliant teacher and researcher in her own right, whom he married more than five decades ago — who can tell far more than I ever can of the warm, intimate details of his life. The manner in which he dealt with the occasional reverse that came his way, the clear-sightedness with which he managed the affairs of the family, stood out even in the eyes of a complete outsider. But nothing went to his head. I was always struck by the humility, and the humaneness, of BK Sharma. As you entered his consulting office in the CMC — founded by his great mentor, Dr PN Chhutani, who had persuaded him to join the institution after his retirement — you saw, just above his desk, pinned photographs of three of his teachers: Dr Chhutani, Dr KL Wig, and Dr RP Malhotra, at which he would gaze from time to time, eyes filled with respect, as if to thank them and seek their approval for what he was doing. Of how many highly decorated doctors can you say this?