Can't fake it with God 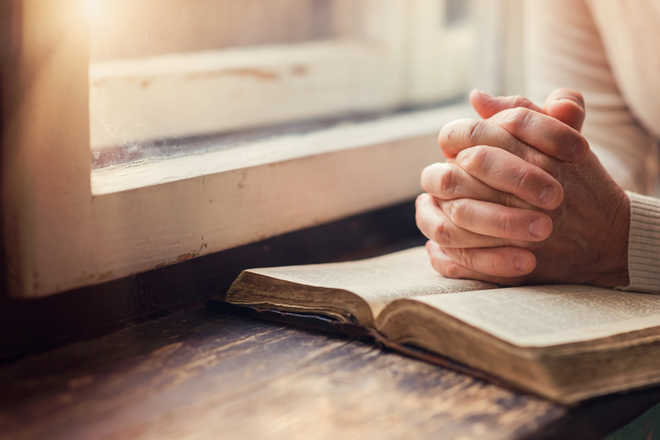 THERE was a katha-vaachak (spiritual speaker) who, for a week, addressed a huge audience for four hours daily to narrate the Ramayana with great fervour. Many people attended the Ramayana-saptaah at whatever time suited them. A middle-aged woman would arrive first and leave last. She attended the daily narrative from the beginning to end. As the guru spoke, tears would flow down her cheeks. Every time he would raise his hands to elucidate a point, she would go into raptures of emotion. She would raise her hand in appreciation and ecstasy, almost like she was in a trance. The guru would notice her every day because she would always sit in the front row.

On the closing day, he expressed his pleasure at having had the opportunity to address such a wonderful audience. He pointed out to the woman in the front row and said, ‘This lady’s devotion is worth emulating for all. She has attended all the sessions. She wept with heartfelt emotions as I told the story of the hardships and strife borne by Lord Rama and Mother Sita. She has surely understood the Ramayana story.’

He said he was very pleased with her and would like to give her the prasadam first. He beckoned her to come on the stage and gave her a garland of flowers and a coconut, saying, ‘Please tell the audience which part of the Ramayana you liked the most.’

The woman said tearfully, ‘Oh! I don’t know anything about it.’ He smiled encouragingly, ‘How is that possible? You have been listening and going into fits of ecstasy. I have been watching you. Tell the audience something at least. It will inspire them to be devoted too.’

The woman said, ‘My father died a few days ago. He used to wear a black thread on his wrist. Every time you raised your hand while speaking, I saw the black thread dangling from your wrist and remembered him!’ So saying, she started sobbing hysterically. The guru was speechless!

Sometimes what meets the eye is not what truly is. Sometimes people fake devotion. And there are times when they may not be faking devotion, as in this woman’s case, but may appear to be extremely devoted. Really, you can fake it in the world, but you can’t fake it with God!

As a child, I remember my father saying, ‘Saari raat Ramayana suni aur subah poocha, Sita kaun thi!’ I never got the joke, but now I do.