Caught in a smoky haze 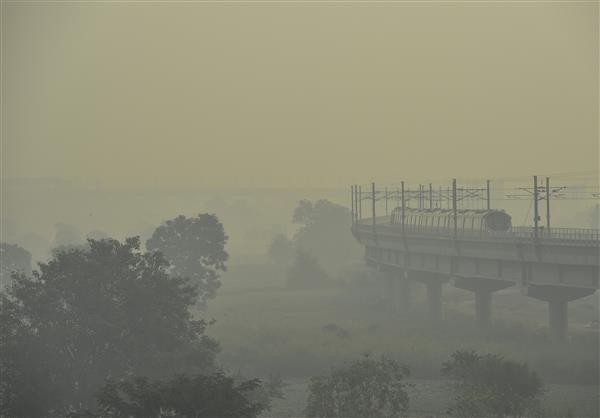 WITH the pollution level rising and concerns over the hazardous air quality mounting at many places, I am reminded of my road trip to Delhi four years ago in mid-November to attend my niece’s wedding.

There was a little nip in the morning air common during this time of the year. The sky was cloudy when we started from Chandigarh but as soon as we crossed Ambala, to our utter dismay, we found the entire stretch engulfed in a smoky haze. We could hardly see anything. The brightness of the morning was replaced by the dullness of grey. Smog blanketed the entire area. Visibility was so poor that vehicles plied on the highway with their lights switched on during the day time. But where was the daylight? All around us there was a thick dark grey air.

Travel by an air-conditioned car saved us from inhaling toxic air on the way, but we could feel itching in the eyes and irritation in the nose and throat when we reached our destination in Delhi.

All along the highway, we could see fields, not green but blackish in colour with tell-tale signs of stubble burning. We didn’t see fire burning in any field but there was smoke coming out of many. This was the situation four years ago. Today, there is an extensive campaign to dissuade the farmers from burning of parali and innovative techniques are being evolved to stop the practice. But the fact is paddy straw is to be cleared to make the fields ready for the next crop and disposal of crop residue remains a challenge for the farmers and also for the government to put an end to this unhealthy practice.

I muse it is easy to blame the farmers but what about the general public as pollution levels rise even during Diwali, leaving everyone gasping and choking. This time again, air quality dipped significantly on Diwali as cracker ban was blown up with aplomb at many places.

Well, the festival of lights has always been about boom and crackers. During my growing up days, no one preached or practiced ‘green Diwali’. Unmindful of the damage to environment, we would burst crackers from Dussehra to Diwali with gay abandon. But now that we know the consequences, it is hazardous to act irresponsibly. Besides checking industrial and vehicular pollution, it is imperative to adopt eco-friendly practices, whether for the celebration of Diwal or the disposal of parali, for our own health and well-being.