Charging up on Everest bungalow 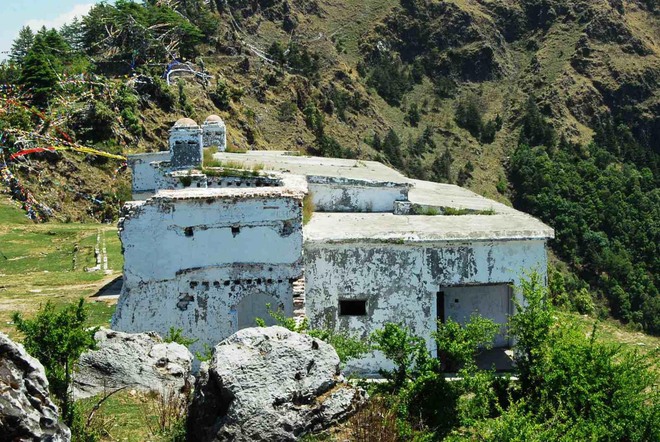 I joined Lal Bahadur Shastri National Academy of Administration, Mussoorie, as a Deputy Director in 1986 and was also given the charge of its riding club. Once we had settled down, I, rigged in my full riding gear, started going down to the small dainty riding ground located in the Happy Valley, hedged in by Himalayan mountains. The riding staff was impressed by my proficiency and I instantly gained their confidence. ‘Sir, horse riding that once was a compulsory activity is now optional and only a handful of trainees take interest in it’ was their constant grouse.

The syces would narrate exciting experiences of good old times of riding out on mountain trails, especially the one about riding up to the Everest bungalow. The bungalow was built in 1832 by George Everest, the then Surveyor General of India, and after whom the highest mountain peak of the world is named.

‘But how do we go there?’ I queried. ‘It’s about 8 km from the academy and the last leg is a 3-km steep climb, along a bridle path through the flaming forest of rhododendron trees,’ they explained. ‘Then why are we riding here every day. It’s so boring!’ I protested. ‘Actually thereby hangs an ill-fated tale, sir! A mishap occurred few years ago, during a riding excursion. The horse of a trainee officer suddenly bucked and tumbled down the mountain slope, though luckily, the trainee was left hanging in the branches, fairly well and alive,’ they recounted.

The irresistible lure of the scenic historic destination made me impulsively declare that on the coming Sunday, our breakfast would be at the Everest bungalow! ‘I will be leading a group of adventurous riders. We start at 6.30 am!’ The staff went up in cheers and claps. A few intrepid riders among the trainee officers volunteered.

Everyone, agog with excitement, turned out at the academy gate on Sunday morning. We mounted the horses, and feeling tall and regal, trotted up to the company garden at a leisurely pace. Then cantered onto the Hathi Paon road, a short climb. The next 2 km was a bumpy trot. Now we had come to the most thrilling part of our ride. The horses too sensed it and were restlessly scraping the earth with their hooves. A narrow, steep bridle path meandered through the wooded forest and led up to the mountaintop. ‘Sit firmly in the saddle, loosen the reins a bit and here we go!’ It was exhilarating; the horses pulling with full strength and cantering with a frenzy. The resultant commotion in the forest, the resonating sound of hooves striking the stones, charged up the environment. It felt like a cavalry charge of the medieval times. And suddenly the sky opened up and there we were at the top of the mountain in front of the bungalow. The horses were huffing, puffing, frothing and sweating profusely. We quickly dismounted, unbuckled the saddles and let the horses recover. Oh! But what a thrilling and adventurous ride!