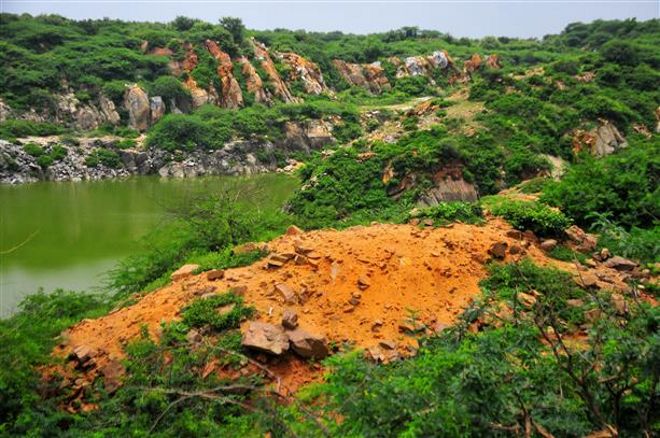 In December 1983, we, a group of 36 postgraduate students from the Centre for the Study of Regional Development, JNU, accompanied by our two teachers, descended on a sleepy, desolate village of Mewat in Nuh district of Haryana. The government primary school building comprising two semi-pucca rooms at Dunghran Shahzadpur village was our residence for the next three weeks to carry out a socio-economic survey. The school had no boundary wall and the rooms had a mud floor that we covered with straws of bajra crop and a mat before opening our sleeping bags.

The facilities of education, healthcare and potable water supply existed only in name. The public water tank was in the vicinity of our school residence. The womenfolk used to queue up to fetch drinking water. One morning, there was hustle and bustle near the tank and a newly-married woman in traditional Mewati attire and ornaments was seen doing the water-bearing chore with enthusiasm. This attracted the attention of the students. Our professor, MH Qureshi, explained to us insightfully what the nayi bahu was trying to convey. He said, ‘She is in an alien place. Through her actions in a public space, she is conveying a loud message that she is resolute enough to carve her own social space here.’

It was apparent within a couple of days that we were in a socio-economically backward area, even worse than the drylands of western Haryana. Dominated by small and marginal farmers, the populace could not subsist only on the barani (rainfed) land and animal-rearing.

Legal or illegal, people were largely dependent for a livelihood on small-time mining in the Aravalli ridges in their vicinity. A teenaged boy, Akbar, who became my friend, used to accompany his family members every morning and returned in the evening with a camel cartload of construction material. It was touching that he sacrificed his one-day earning to bid me farewell the day we departed.

During recent years, cow vigilante politics in the region has forced politico-economic isolation and devastation of animal husbandry. A sizeable section in Mewat still depends on mining, though its nature, modus operandi and scale have changed. In view of the increasing demand for construction material in the NCR and the mining restrictions in the Aravallis, the mining mafia has been banking on the know-how of local people to perpetrate their illegal activities. The recent gruesome murder of a DSP at Tauru is a disturbing indicator of how some local residents are being used as henchmen by the mafia.