10 states account for 71 per cent of new Covid cases 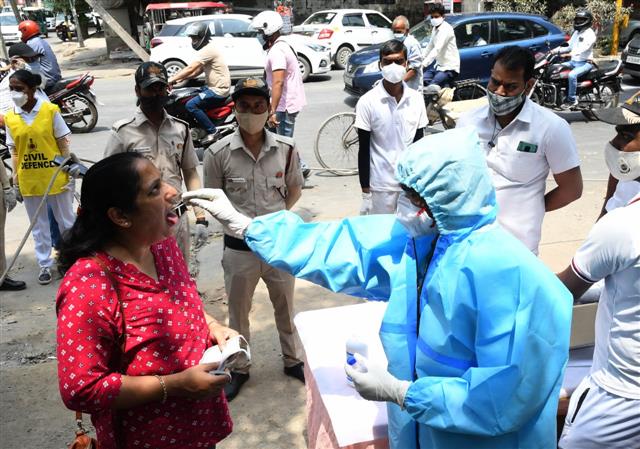 Maharashtra, Karnataka and Delhi are among 10 states that account for 71.71 per cent of the 3,57,229 new Covid cases in the country, the Union Health Ministry said on Tuesday.

The ministry said that Maharashtra had reported the highest daily new cases at 48,621. It is followed by Karnataka with 44,438 while Uttar Pradesh reported 29,052 new cases.

Kerala, Uttar Pradesh, Tamil Nadu, West Bengal, Andhra Pradesh, Rajasthan and Chhattisgarh are among the other states in the list of 10.

"The National Mortality Rate has been falling and currently stands at 1.1 per cent which is continuously declining," the ministry reiterated.

Ten states account for 73.15 per cent of the new deaths. Maharashtra saw the maximum casualties (567) followed by Delhi (448) and Uttar Pradesh with 285 daily deaths.

Ten states account for 73.14 per cent of the new recoveries, the ministry said. PTI