Set to open for traffic this month 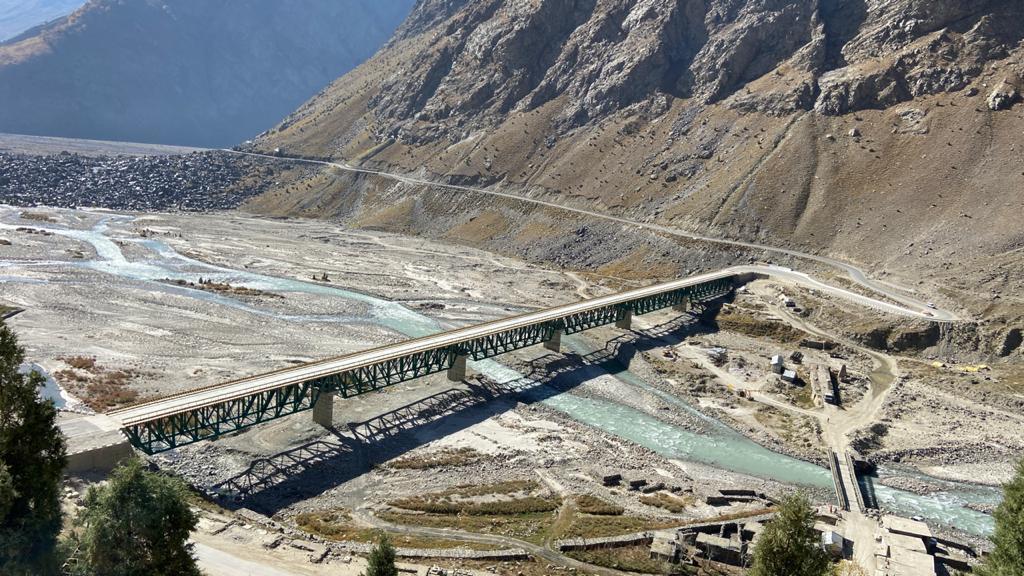 Known as Barsi Bridge, it is the second longest bridge of its kind in the country after the Col Chewang Rinchen Setu across Shyok river on route to the world’s highest landing ground at Daulat Beg Oldie in Ladakh.

The longest bridge on the strategic Manali – Leh highway, located in Himachal Pradesh, is complete and will be opened for traffic this month.

While easing the flow of traffic, the new structure had greatly increased load carrying capacity.

Known as Barsi Bridge, it is the second longest bridge of its kind in the country after the Col Chewang Rinchen Setu across Shyok river on route to the world’s highest landing ground at Daulat Beg Oldie in Ladakh. 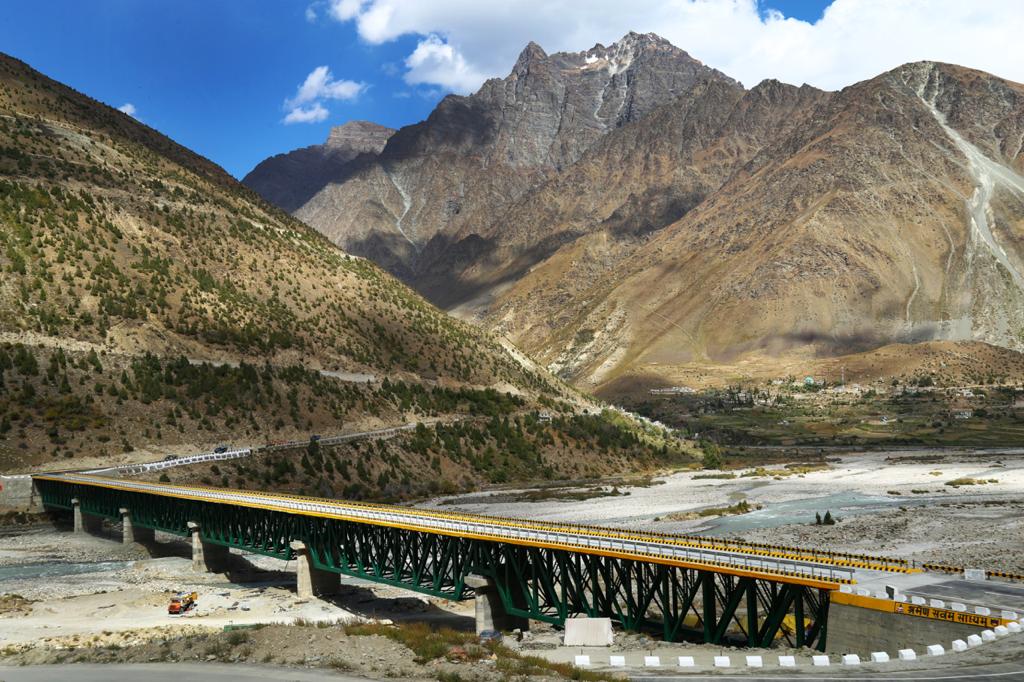 The 360-meter long bridge over the Bhaga river at Darcha took about 10 years to construct owing to the difficult terrain, inclement weather and limited working season due to long snow bound winters, BRO sources said.

It is a steel-truss structure in which the load bearing super structure is constructed of a rigid assembly of steel beams. In addition to the abutments on either end, the length is supported by five piers arising from the river bed.

The project was executed by 70 Road Construction Company of the Border Roads Organisation (BRO). The same unit had also constructed the 100-meter steel truss bridge connecting the north portal of Atal Tunnel under the Rohtang Pass that was inaugurated this month, with the Manali – Leh Highway at Sissu near Keylong.

Located in Lahaul region about 33 kms ahead of Keylong, Darcha is at an altitude of 11,020 feet, higher than Leh, and is the last permanent settlement on this route in Himachal. It is also here that the alternate route to Kargil-via Padum branches off from the highway.

According to BRO officials, barring a small old bridge over the main water channel, most of the existing route between the two banks was an unpaved track laying across the wide river bed which was prone to floods, rock hazards or high-water levels, especially during rains, thereby disrupting traffic.

The Bhaga River is a tributary of Chenab River and originates from the Suraj Tal, a few kilometers south of the Baralacha Pass. The only way to overcome the problem was to build a permanent bridge well above the riverbed.

According to BRO sources, work on the bridge had also remained suspended for some time in the past due to administrative reasons. It was only about four years ago that it resumed and picked up speed recently.

The Manali – Leh route, known as National Highway – 3, provides the vital alternate road axis to Ladakh, the other being the Srinagar – Leh axis. BRO has been engaged in upgrading the Manali – Leh axis, which lies across some of the highest motorable passes in the world such as Baralacha La, Tanglang La, Nakee La and Lachung La, touching heights of 17,500 feet, to double lane specifications.

About 90 per cent of the work on this route, which remains closed to traffic during winters because of snow, is reportedly complete. Proposed tunnels under these passes, similar to the Atal Tunnel that took 10 years, would make the route all weather.