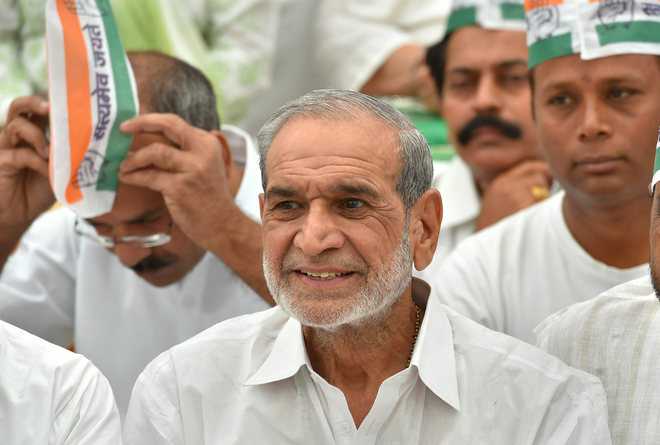 A Delhi court has ordered framing of murder and rioting charges against former Delhi Congress leader Sajjan Kumar in a 1984 anti-Sikh riots case.

Special Judge MK Nagpal said, “…this court is of the considered opinion that a prima facie case is made out against the accused for framing of charge against him for commission of the offences punishable U/Ss 147/148/149 IPC (rioting) as well as the offences punishable U/Ss 302/308/323/395/397/427/436/440 (murder, culpable homicide not amounting to murder and other offences) read with Section 149 IPC. Charges are accordingly directed to be framed against him for the said offences.”

There was sufficient material on record to prima facie show that Kumar was not only a part of the mob, but he was also leading it, the judge said in his December 4 order.

The court is likely to formally frame charges against Kumar on December 16 when he will be asked if he would like to plead guilty or claim trial.

The judge, however, discharged him of the charges of attempt to murder and destruction of evidence for want of “sufficient or prima facie material”.

The case relates to the killing of S Jaswant Singh and his son S Tarun Deep Singh—residents of Raj Nagar in West Delhi on November 1, 1984, allegedly by a mob led by Kumar. An FIR was registered in 1985 on the basis of an affidavit of the complainant, whose identity was not revealed.

An SIT set up by the Ministry of Home Affairs in 2015 to reinvestigate the 1984 anti-Sikh riots cases had closed 233 of the 292 cases it examined. The complainant had recorded her statement on November 23, 2016 before the SIT. This is one of the five cases in which the SIT has filed chargesheets.

Kumar (75) is already serving a life sentence in another case relating to anti-Sikh riots. He has been in jail since December 31, 2018 when he surrendered – 14 days after being convicted and awarded life imprisonment by the Delhi High Court. The case in which he is in jail relates to the killing of five Sikhs in Delhi Cantonment’s Raj Nagar Part-I area of southwest Delhi on November 1-2 in 1984, and burning down of a gurdwara in Raj Nagar Part-II.

The Supreme Court had on September 21 refused to grant hi, interim bail, saying his medical condition was stable. “He (Kumar) is accused of heinous crimes...You want him to be treated like some super VIP patient,” a Bench led by Justice SK Kaul had told his counsel.