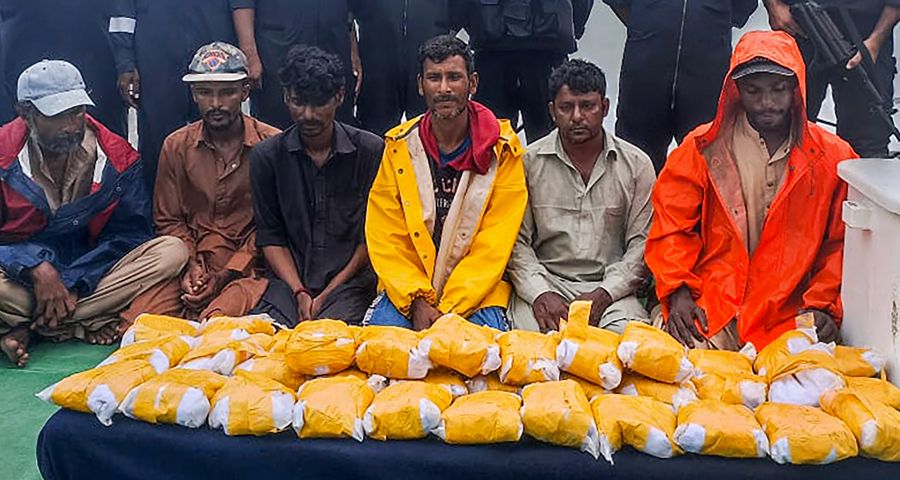 Six Pakistani crew members on the boat and two Delhi residents who were supposed to pick the contraband were arrested, officials said.

The drugs were being smuggled as part of a racket run by two traffickers, Meeraz Rehmani and Nigerian national Ani Chief Obinna, alias Chief, said Gujarat DGP Ashish Bhatia. “While Rehmani is in Kapurthala jail, Obinna is lodged in Amritsar jail. They were running the racket using WhatsApp and VOIP (Internet phone) calls,” the DGP claimed. The two Delhi residents were identified as Sartaj Malik and Jaggi Singh, alias Virpal Singh.

Earlier, the ICG, on the basis of intelligence inputs by the Gujarat ATS, deployed two fast interceptor class of ships close to International Maritime Border Line. On the intervening night of September 13 and 14, a Pakistani boat was spotted moving suspiciously in Indian waters. On being challenged, the Pakistani boat over boarded a consignment and started evasive manoeuvring. Braving rough seas, the ICG ships intercepted the boat and apprehended it. — TNS