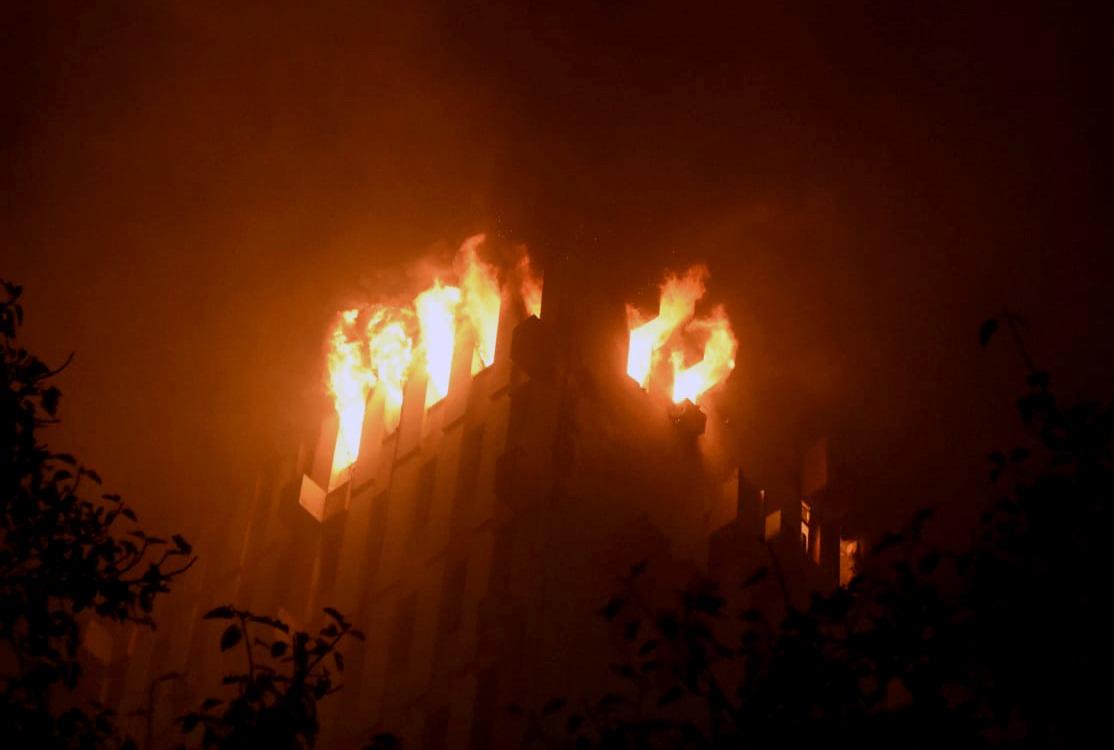 A massive fire breaks out in a multi-story building in Kolkata on Monday. ANI

At least seven people were killed in an inferno in a multi-storeyed New Koilaghat building here on Strand Road, which houses the zonal offices of Eastern and South Eastern Railways on Monday, Chief Minister Mamata Banerjee said.

Out of them, four were firefighters, one assistant sub-inspector posted at the Hare Street police station and one RPF personnel, Fire and Emergency Services Minister Sujit Basu said.

The seventh victim is yet to be identified, he said.

The fire is now under control and the cooling process is on, he said.

Banerjee, who rushed to the spot in the city's central business district, announced the state government will pay a compensation of Rs 10 lakh to the families of those killed in the blaze and government job to a kin of each victim.

The fire broke out in the 13th floor of the sprawling building at around 6.10 pm. It also has a computerised ticket booking centre on its ground floor. PTI