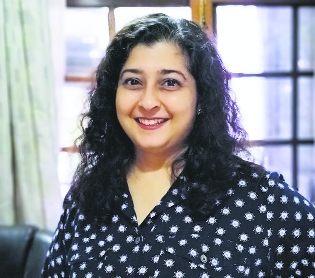 Forty women come together to collaborate in an effort to build peace in South Asia. Names like Dr Scilla Elworthy – the three-time Nobel Peace Prize nominee from the UK, Dr Meenakshi Gopinath, political scientist and a Padma Shri awardee from India, Moni Mohsin, columnist and bestselling novelist from Pakistan, and Radhya Almutawakel, human-rights defender from Yemen are four of the forty women who gather virtually at the Indo-Pak Peace Summit Led by Women in their effort to bring stability and prosperity.

These are the women who have been building bridges for an inclusive future. I strongly agree with Dr Scilla that women and youth have to play a significant role in bringing the world together for lasting peace.  - Aekta Kapoor, Organiser

Bringing them all together is Aekta Kapoor. A writer and motivational speaker espouses the cause of women leading for a better tomorrow. An Indo-Pak Summit? “The idea came when I was interviewing Dr Scilla Elworthy, a peace builder from the UK, who suggested the idea. A month on, here we are with some exceptional women joining in for long-term solutions.”

It’s tougher than it sounds for sure. “Even floating the idea - an Indo-Pak Peace Summit– startles people. Why would you want that, they ask. That’s precisely the reason. Why not, we share common history, culture, language, food – why not thrive on our shared heritage,” says Aekta. It’s been frantic putting together the panels, topics, talks and the end product looks like an impressive blend of cinema, literature, fashion, business and more – all geared towards the same end – a better future where women use their intrinsic strength to lead the world.

Friendly neighbours has been a dream many chase, many of these women have been working on the theme in their own fields. “These are the women who have been building bridges for an inclusive future. I strongly agree with Dr Scilla that women and youth have to play a significant role in bringing the world together for lasting peace.”

Power of Written Word, Documenting Heritage, Firing Imaginations Not Bullets are some of the interesting panel discussions spread over two days – January 16 and 17.

How well does it work since it’s virtual? “That would have been the only way possible. Thanks to the last few months that people have become used to working online. With panellists from around the world joining in, a summit of this kind in real time wouldn’t have been possible given the travel restrictions.”

Among others there is also a short session on meditation as well. Aekta says, “I have been doing these workshops for a while – for only when we are at peace with ourselves that we extend a hand in friendship.”

The event due on January 16 and 17 has tickets available at eShe, organiser of the event. Students, writers, bloggers who are keen can write for the fee to be waived off as well.