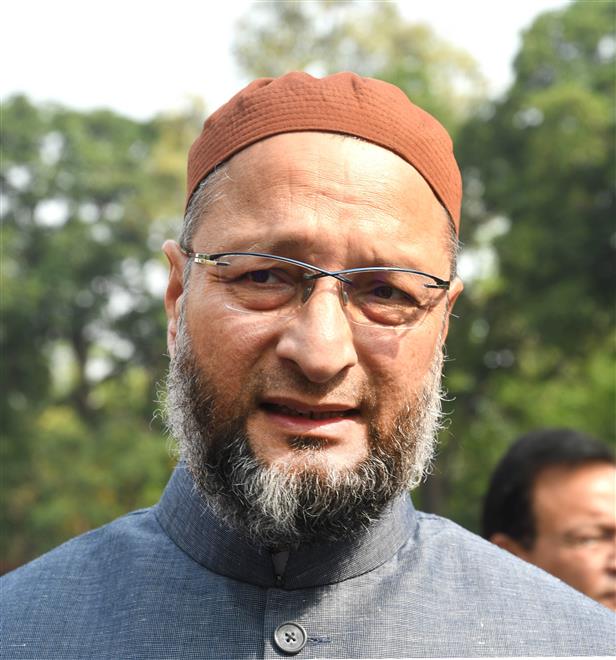 The Delhi Police arrested five members of the Hindu Sena on Tuesday for allegedly vandalising the official residence of AIMIM chief and Hyderabad MP Asaduddin Owaisi at Ashoka Road here.

Deputy Commissioner of Police (New Delhi) Deepak Yadav said five people were arrested for their alleged involvement in the incident.

Police said they received information regarding the incident at around 5 pm and rushed to the spot.

A senior police officer said a case has been registered at the Parliament Street police station against the accused for damaging public property.

In a video clip on social media, state president of Hindu Sena Lalit Kumar said they went to Owaisi’s residence to teach him a lesson as he speaks against Hindus at his rallies.

Around 4 pm, members of the Hindu Sena vandalised Owaisi’s residence. National president of the outfit Vishnu Gupta said they were offended with the Hyderabad MP’s “anti-Hindu” statements.

The All India Majlis-e-Ittehadul Muslimeen (AIMIM) chief remains in the headlines by continuously giving anti-Hindu statements and a case against him has already been registered in Uttar Pradesh, Gupta said.

The Hindu Sena requests Owaisi not to give such statements, he added.

Police said the incident took place around 5 pm. A PCR call was received following which the five Hindu Sena members were arrested, they added.

Those arrested are from northeast Delhi, police said, adding that they vandalised the back gate of Owaisi’s residence. —PTI