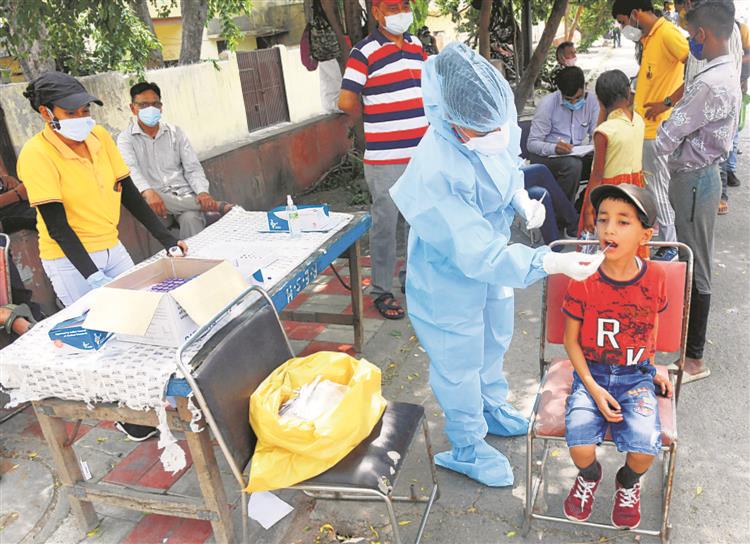 In the first national evidence that a probable third wave of Covid-19 may not affect children more, AIIMS, New Delhi, researchers have found antibodies against SARS-Cov2 virus in more than 55 per cent of the children and over 60 per cent adults surveyed during the second wave.

Experts have reported large-scale Covid spread through the ferocious second wave finding antibodies to the virus in three out of five rural people surveyed. “Hopefully high levels of infections in parts may ward off a potential third wave,” they say. Set for publication in peer reviewed journals, the study, in a first, also reveals that children and adults are equally susceptible to Covid-19.

Data for the ongoing study was collected from urban and rural areas of Delhi, Faridabad, Gorakhpur, Bhubaneshwar and Agartala between March 15 and June 10.

“SARS-CoV-2 sero-positivity rate among children was high as comparable to adults. It is unlikely that any future third wave by prevailing Covid-19 variant will disproportionately affect children two years or older,” said AIIMS New Delhi’s Puneet Misra, lead author of the paper which reported Covid prevalence in children under 10 for the first time.

The AIIMS research shows that during the second wave, Faridabad (rural) had a seroprevalence of 59.3 per cent across children and adults.

Importantly, among children, while 2-4 year olds and 5-9 year segment had identical sero-positivity (42.4 per cent and 43.8 per cent), those aged 10 to 17 had 60.3 p per cent prevalence. The study found a slightly higher sero-positivity rate in female children and a wide Covid spread in kids.