The list is released by Delhi Police, which warns the general public about ‘rumours’ being spread about ‘illegal detentions’ and missing farmers 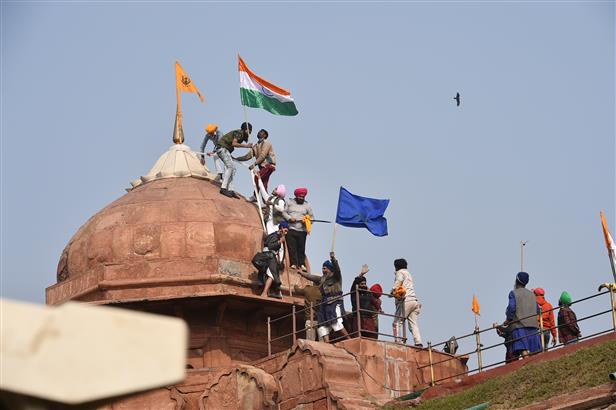 The list of 120 people arrested by Delhi Police in connection with the violence on January 26 during tractor rally by protesting farmers include six senior citizens.

The list was released by Delhi Police, which also warned the general public about “rumours” being spread about “illegal detentions” and missing farmers.

Delhi Police on its part warned people about “rumours” being spread about “illegal detentions” and missing farmers. They said in a Twitter post: “No one has been illegally detained by the police.”

Delhi Police PRO Eish Singhal said 44 FIRs had been lodged and 122 people arrested. Two of the arrested persons’ names had not been released, as they are under 18.

The FIRs have been registered under the IPC sections for rioting, unlawful assembly, assaulting and obstructing public servant, attempt to murder, dacoity and robbery.

A total of 394 police personnel were injured and about 30 police vehicles damaged in the clashes. The commissioner of Delhi Police has approved financial assistance for the injured personnel—Rs 25,000 for those grievously injured, and Rs 10,000 for those with other serious injuries.

In a statement released two days after the clashes, the police had said that a “conspiracy” was hatched that culminated in the violence on Republic Day. The police have also issued over 50 notices to people, including farmer union leaders, in connection with the violence. Their passports would be seized in the days to come, the police said.

Several groups of protesters broke a pre-decided route for the rally and clashed with the police. Mobs also breached the walls of the Red Fort on Republic Day and hoisted a religious flag at the Red Fort.