7 tourists killed, 10 others injured as vehicle falls into gorge in Himachal's Kullu : The Tribune India 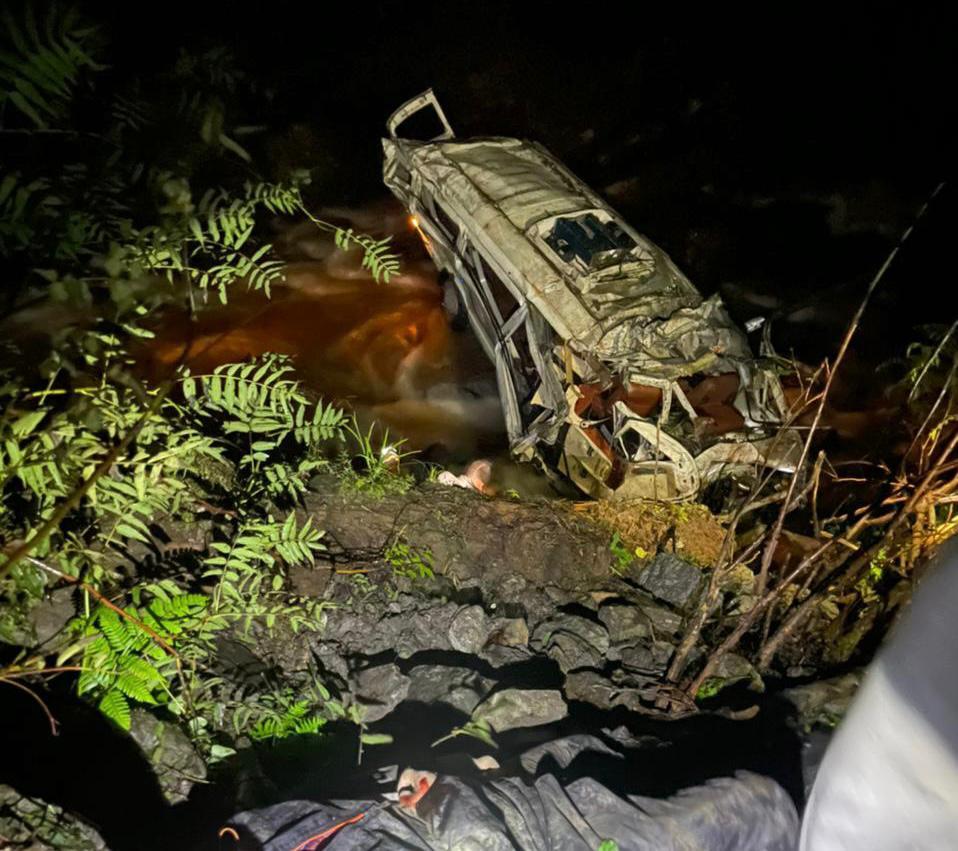 The vehicle carrying 17 people was on way to Banjar from Jalori pass when the mishap occurred.Tribune photo

Seven tourists were killed and 10 sustained injuries when a tempo traveller fell into a gorge in Himachal Pradesh’s Kullu district, officials said on Monday.

The accident took place at 8:30 pm on Sunday near Ghiyaghi in Banjar subdivision, they said.

Five tourists died on the spot while two others succumbed to injuries at the hospital, they added.

Officials had earlier said three of the dead were from IIT-Varanasi. However, it was clarified later that they were among the injured.

BJP MLA from Banjar Surender Shourie streamed a video on Facebook at 12.45 am on Monday, informing people about the accident that occurred in his Assembly segment.

The injured were first taken to Banjar hospital from where they have been referred to Kullu regional hospital for treatment after being given first aid, the MLA said.

The Banjar MLA thanked the district administration and the locals for carrying out rescue operation despite darkness.

“I am deeply saddened to hear the news of the death of seven people in a road accident in Kullu. May God give peace to the departed souls and strength to the bereaved families. Wishing speedy recovery to the injured,” the chief minister said in a tweet in Hindi.

“The accident near Ghiyagi in Kullu is very sad. My condolences to the bereaved families. I wish the injured a speedy recovery. May God give place to the departed souls,” Anurag Thakur, the Union minister and Member of Parliament from Hamirpur, Himachal Pradesh tweeted in Hindi.