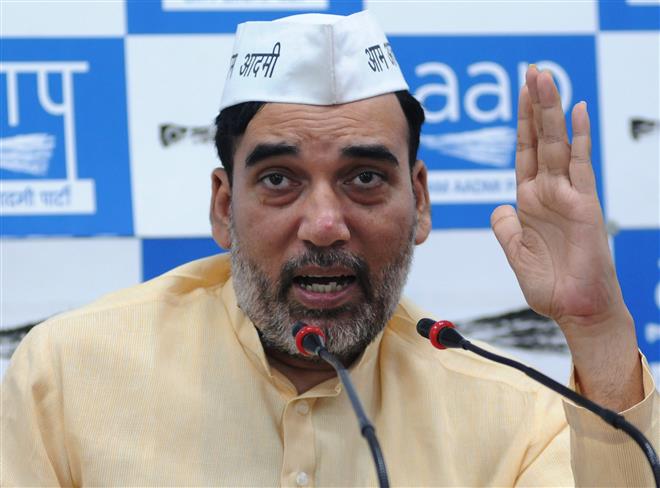 Buoyed by its massive victory in the Delhi assembly polls, the Aam Aadmi Party has decided to contest all elections to local bodies across the country as part of an ambitious plan to expand its footprint beyond the national capital.

In an interview to PTI, senior AAP leader Gopal Rai said the party has convened a meeting of its national executive on Sunday to deliberate on expanding the party by projecting its "positive nationalism".

Rai, a confidante of AAP chief Arvind Kejriwal, said the party has set its sight on contesting assembly elections in a number of states including Punjab in the first phase.

"The agenda of Sunday's meeting is to expand our organisation at the national level by including volunteers in large numbers and building party cadre across the country," he said.

"We will reach out to people through this campaign and make them volunteers in large numbers. The party will contest elections of all local bodies across the country. AAP will fight upcoming local bodies elections in Madhya Pradesh and Gujarat," he said. Rai called BJP's nationalism "negative", asserting that AAP will expand its base by highlighting on "positive nationalism".

"The experiment done by the AAP in Delhi has become a role model for the entire country. Our nationalism is positive nationalism which gives guarantee of good education, health care and livelihood to every section of the society including farmers," he said.

On being asked about BJP's attack on Kejriwal for reciting Hanuman Chalisa on a TV channel in the run up to the assembly elections, Rai said for the Bhartiya Janata Party, religion is a "political weapon", but for the people of the country, religion is a belief.

"The BJP does not respect people of India and it sees every person as its vote bank," he said.

In the Delhi polls, the AAP recorded a massive victory winning 62 of the 70 seats while BJP bagged the remaining eight seats. The Congress drew a blank for the second consecutive time.

In the last five years, the AAP dispensation did a lot of work in various sectors including education and healthcare, for which the people of Delhi have given a huge mandate to the party, he said.

Rai said that after the Delhi assembly results, the thought process of alternative politics has begun in the mindset of people of other states, adding: "We will have to channelise it for which we will make people volunteers in large numbers". Asked about party's bigger role in national politics, Rai said that the AAP only does "politics of work" which needs to established in the country.

"Our message is that the work done in Delhi in the last five years can happen anywhere in the country. If the people of country want politics of work, they will have to move towards it," he said.

Rai said that the party is ready to provide platform to anyone who wants to do politics of work. PTI