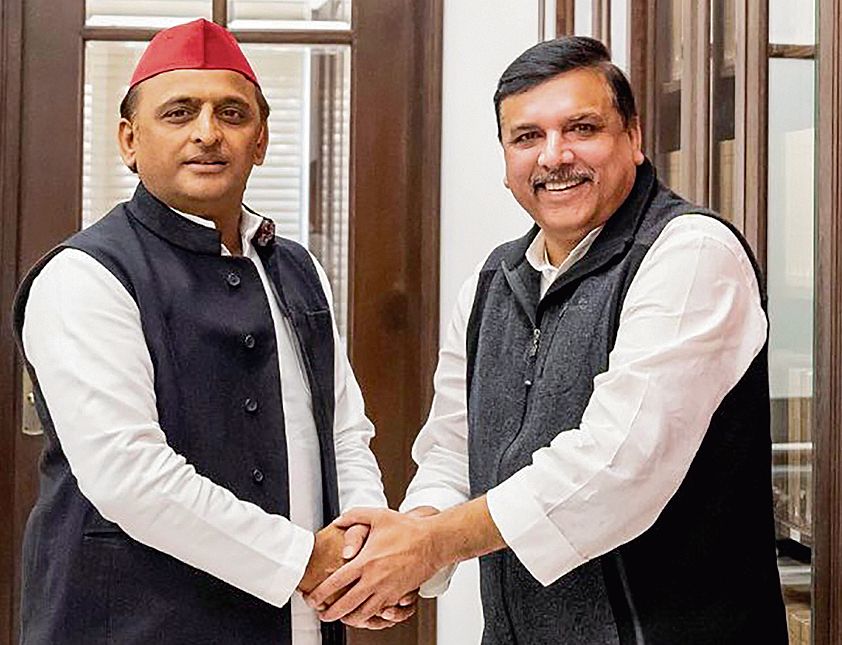 Sources say the meeting between the two leaders was facilitated by Samajwadi Party leader in Rajya Sabha Ram Gopal Yadav.

“A strategic discussion was held on the common agenda to make UP corruption-free and get rid of the government, under which law and order collapsed,” Singh, who is the AAP in-charge of UP, told the media in Lucknow.

A discussion was held on common agenda to make UP corruption-free and get rid of the government, under which law and order collapsed. —Sanjay Singh, AAP leader

The sources say Singh proposed an electoral alliance between the two parties and submitted a list of 25 seats that AAP would want to contest if the two parties tied up. The seats are in Agra, Ghaziabad, Meerut and Ayodhya districts. They said Yadav remained non-committal on the AAP leader’s proposal. He told Sanjay Singh the SP would discuss the matter.

A source said the SP was not inclined to adjust AAP with more than one or two seats at the most. The candidates will be approved by Yadav.