The police suspect that the 30-year old P Raju, the accused must have committed suicide by jumping before a running train 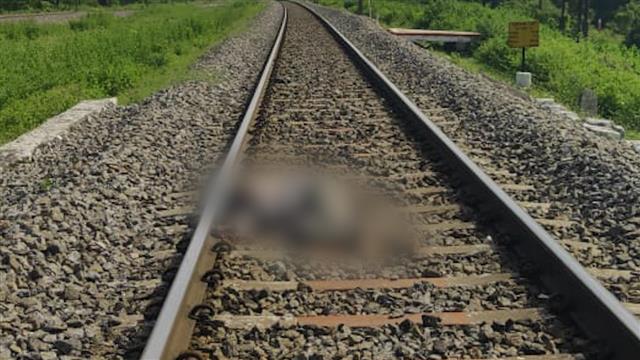 The accused was identified after the verification of identification marks on the body,

The Telangana Police have found the dead body of the prime suspect in the rape of a six-year-old tribal girl committed on September 9. The body was found on the railway tracks close to Pamunuru village in Telangana’s Warangal district.

The man allegedly committed suicide after being chased by the police. The spot where his body has been found is about 120 km from the state capital Hyderabad.

Come to be known as the Saidabad rape case, the main suspect was identified as Pallakonda Raju. While launching a massive search for him, Telangana Police had recently announced a reward of Rs 10 lakhs for information leading to his arrest.

Police said he ended his life by jumping in front of a train. The police had launched a manhunt for him in Telangana and neighbouring states. He was the prime suspect in the rape and murder of a six-year-old child on September 9.

After the “Disha” case where a veterinarian was raped and burnt to death some years ago, this Saidabad rape was recently the most talked-about crime.

#AttentionPlease : The accused of "Child Sexual Molestation and murder @ Singareni Colony, found dead on the railway track, in the limits of #StationGhanpurPoliceStation.
Declared after the verification of identification marks on deceased body. pic.twitter.com/qCPLG9dCCE

The accused Raju is around 30-year-old and had been absconding ever since the crime came to light. Ten special teams had been formed to arrest him, after which his picture was released all over along with details of his physical appearance and a cash reward announced.

Raju is believed to have been identified based on the tattoos on his arms. Posters declaring him a ‘wanted’ man were pasted on buses, auto-rickshaws, and in toddy compounds too.

The police said that the child was allegedly kidnapped by Raju on September 9 in the Singareni Colony of Saidabad area when she came out of her house. He took her to his room and killed her after sexually assaulting her. The police found the body of the child in his house later in the night.