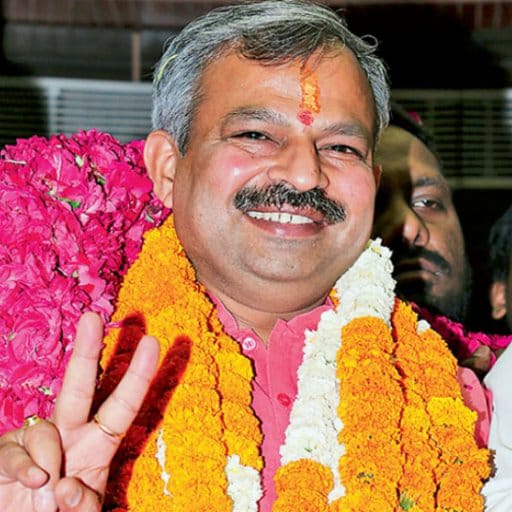 Party leaders insisted Tiwari’s term was over long ago and that the change in guard should not be seen in connection with the BJP’s humiliating loss at the hands of AAP. Though the buzz is Tiwari offered to resign after the defeat and was asked to continue until an alternative was found.

The appointment of Gupta, a relatively low-profile leader in comparison to Tiwari, who had been brought in keeping in mind the 'poorvanchali' voters, came as a surprise to many.

Sources say top Delhi leaders, including Vijay Goel and Parvesh Verma, had been trying to get “their own person” for the top job. However, the central leadership was of the opinion that a “complete overhaul” is the only way to revive the party unit in Delhi, rife with factionalism and groupism.

Originally belonging to Kannuj, UP, Gupta is someone who BJP Delhi cadres and supporters see as a "pure Delihite” unlike Tiwari. Plus, he belongs to the ‘bania’ community like the BJP’s chief rival in Delhi, Arvind Kejriwal of the Aam Aadmi Party.

BJP presidents in Delhi have mostly been either from the ‘bania’ community or ‘Punjabis’.

Even though Gupta is a relatively unknown name, party supporters, especially those from the business community called his appointment a good move. The Municipal Corporation elections are due in Delhi in 2022, giving Gupta a good two years to strengthen the BJP's connect with the business community and Delhi voters.

Being associated with the ABVP, Sangh's student wing, he is "someone from the organisation" and his appointment has the approval of former party president Amit Shah who led the Delhi campaign from the front and knows its situation well.

Currently a councillor, Gupta's name was proposed by party's Delhi in charge and vice president Shyam Jaju. He fits the Narendra Modi-Amit Shah style of functioning “who believe in making a complete change” when things go as bad as they were in Delhi, a state that has been out of reach of the saffron party since more than two decades now, say the sources.