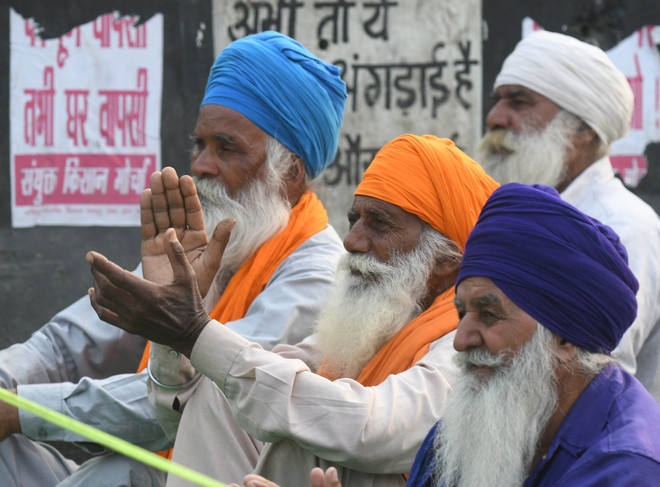 Mounting another defence of the new farm laws, Prime Minister Narendra Modi on Tuesday said those spreading lies about the legislations for political gains stood exposed.

“The bundle of lies and misinformation being spread about the farm laws for political gains is now being exposed. Everyone is watching how people who made laws to enable the entry of foreign companies into the Indian agriculture market are spawning myths and trying to scare our farmers in the name of local companies,” the PM said, attacking the Congress-led UPA without naming it.

BJP president JP Nadda on Tuesday held a meeting with top leaders and functionaries from Haryana, Rajasthan and Uttar Pradesh, the states leading the stir along with Punjab. The meeting aimed to discuss and devise the party’s strategy amid the string of ‘mahapanchayats’ by protesting farm leaders. It was also attended by Home Minister Amit Shah and Agriculture Minister Narendra Singh Tomar.

The PM was speaking virtually at the foundation stone laying ceremony of Maharaja Suheldev Memorial and development works at Chittaura Lake in Bahraich, Uttar Pradesh.

Backing the farm laws, he said these would benefit small and marginal farmers the most. “As landholdings shrink it becomes essential to form farmer produce organisations to protect small farmers,” he added.

In an outreach to farmers of Uttar Pradesh, where kisan mahapanchayats are being held routinely to oppose farm laws, the PM said despite the implementation of new agricultural laws, paddy procurement from UP has been twice the last year.

“Procurement worth 65 lakh metric tonnes has already been done in UP. This is twice the size of last year. The state has also disbursed Rs one lakh crore to sugarcane farmers,” the PM said, assuring farmers of the MSP.

He said attempts were on to connect small farmers with national markets through Kisan Rail. Referring to the Swamitva scheme of the Centre, the PM said the government was committed to protecting the homes of poor from illegal occupation.