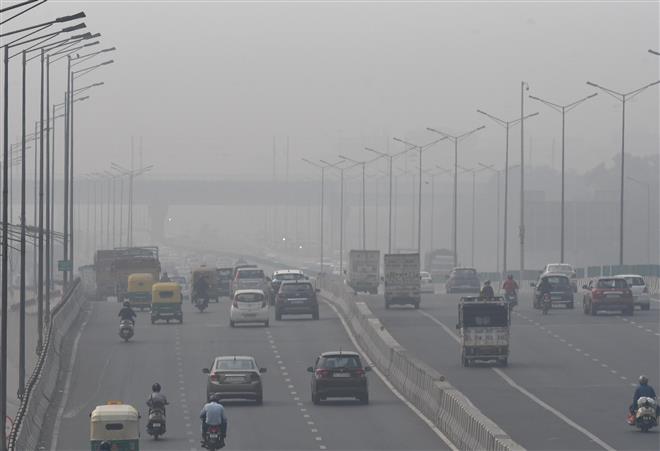 The AQI is likely to start improving from December 5 onwards and reach the lower end of the very poor category on December 6. Tribune file

With air quality deteriorating further over the past 24 hours, the Commission for Air Quality Management (CAQM) on Sunday invoked Stage III of the Graded Response Action Plan (GRAP) with immediate effect in the entire National Capital Region (NCR), banning construction and demolition activities.

The AQI was recorded at 407 in the ‘severe’ category, as per the CPCB.

The Sub-Committee for operationalisation of the revised GRAP took the decision after reviewing the air quality scenario in the region as well as the forecasts for meteorological conditions and air quality index of Delhi, as per an official statement.

The air quality witnessed further deterioration over the past 24 hours due to calm winds and stable atmospheric conditions. Therefore, in an effort to prevent further deterioration of the air quality, the sub-committee decided that all actions as envisaged under Stage III of the GRAP – ‘Severe’ Air Quality (Delhi AQI ranging between 401-450) with immediate effect in the NCR, in addition to all action under Stage I and Stage II of the GRAP.

“All implementing agencies are advised that actions under Stage ‘I’ and Stage ‘II’ of the GRAP are further intensified and special drives are conducted for implementation of actions under Stage ‘III', particularly restrictions related to Construction & Demolition activities, stone crushers and mining and associated activities, industrial operations, brick kilns, hot mix plants using non-approved fuels,” according to the official statement.

The AQI is likely to start improving from December 5 onwards and reach the lower end of the very poor category on December 6.

In the subsequent six days, the AQI is likely to remain largely in the very poor or poor category, according to officials.