Alarm as WHO-flagged contaminant killed 12 kids in Udhampur 2 years ago : The Tribune India 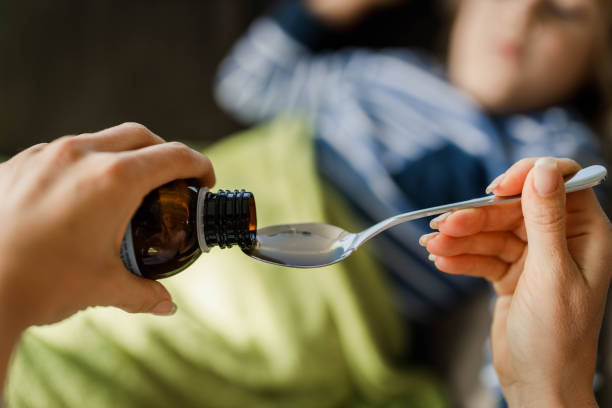 The potentially fatal contaminant, which the World Health Organisation (WHO) yesterday flagged in four cough syrups manufactured by Sonepat-based Maiden Pharmaceuticals, had killed 12 infants in Udhampur, J&K, two years ago, leading to the closure of Kala Amb firm Digital Vision and its multiple units across India.

Diethylene glycol, the killer adulterant in question, is back after it was flagged in 2020 by Bhavneet Bharti, then with the PGI’s Advanced Paediatric Centre.

Same contaminant we flagged in 2020 now being linked to deaths in Gambia… The issue is of regulatory oversight. We need strict monitoring. Bhavneet Bharti, Dr Ambedkar state institute of medical sciences, Mohali

Bharti had sounded an alert on a contaminated cough syrup, Coldbest PC, made and sold by Digital Vision after four babies from Udhampur were admitted to the PGI and later over a dozen who had consumed the same syrup died. A local practitioner had prescribed the syrup to infants. After her complaint, the Drug Controller General of India withdrew the licence of Digital Vision. Even as the Union Health Ministry today allayed fears regarding the circulation of Maiden Pharma’s cough syrups in the Indian market, saying the firm was only exporting the medicines in question, fear looms.

The Central Drug Standard Control Authority said samples of the same batch manufactured by Maiden Pharma for all four drugs in question had been sent to the Regional Drug Testing Lab, Chandigarh, and the results would guide the further course of action and bring clarity on the inputs from the WHO.

The drug regulator is still awaiting the WHO report on the alleged causal relation of death of 66 kids in Gambia with the Indian products in question. Speaking to The Tribune, Bharti, now Director-Principal, BR Ambedkar State Institute of Medical Sciences, Mohali, said, “This is a shocker. The same contaminant we had flagged in 2020 is now being linked to potential deaths of children in Gambia. The issue is of regulatory oversight. While we cut costs to produce more and more drugs, we need to ensure good and safe manufacturing practices. Manufacturers often lack awareness regarding the potential fatality of certain compounds. No one does these things intentionally, but awareness is critical.”

Bharti said she was “scared” at the new WHO alert and hoped the latest investigations would soon reveal the truth. She said according to the Indian Pharmacopoeia, the presence of contaminant diethylene glycol should be nil in drugs.

Asked how such deadly contaminants make it to the drug chain, a drug inspector said, “Diethylene glycol is a contaminant found in propylene glycol, which is a solvent used to make actual drug ingredients soluble. Normally, manufacturers are supposed to buy propylene glycol from approved vendors and test the product for nil diethylene glycol before use in drug formulations like cold and cough syrups.”

The Health Ministry said the Haryana Drug Controller had given licence to Maiden Pharma only for the export of four drugs in question — Promethazine Oral Solution BP, Kofexnalin Baby Cough Syrup, MaKoff Baby Cough Syrup and MaGrip n Cold Syrup. “All these drugs are manufactured only for exports. In effect, none of these four drugs is sold domestically,” the ministry said.