All in a day: Timeline for Bihar's change of government : The Tribune India 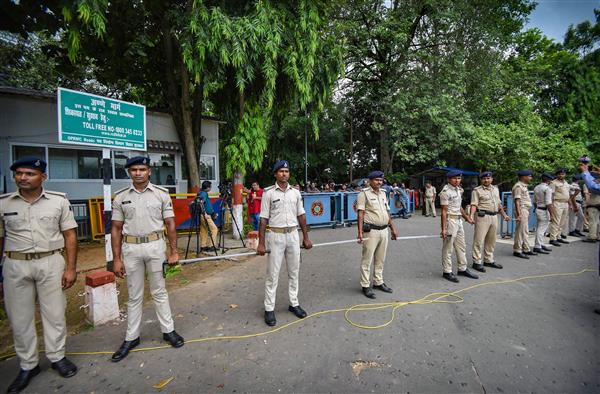 In a day of fast-moving political developments, Bihar's mercurial leader Nitish Kumar twice met Governor Phagu Chauhan, first to hand in his resignation as NDA chief minister and then after being elected leader of the RJD-led `Mahagathbandhan' (grand alliance) to stake claim for the top job in the state once again.

Here’s how the events unfolded:

MLAs of the opposition RJD, the largest party in the state assembly, hold parallel meeting - 11.15 AM

JD(U) hails Kumar, its de facto leader, for assuming the "leadership of a new coalition", Left iterates its support for him in an alliance sans BJP - 2 PM

Kumar meets Governor Phagu Chauhan, tenders his resignation, following which he says that he has quit as “NDA's chief minister” - 4 PM

Kumar returns to Raj Bhavan with the Leader of the Opposition and his former deputy Tejashwi Yadav, armed with a letter of support for the JD(U) and other parties - 5.20 PM