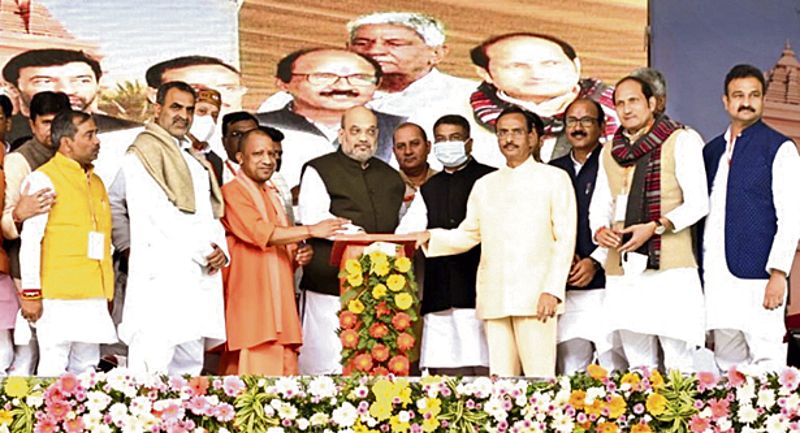 Union Home Minister Amit Shah on Thursday accused previous state governments of conspiring to sell off cooperative sugar mills and targeted them for failing to control criminals, alluding also to the “exodus” of Hindus from another western UP town (Kairana) a few years ago.

With the next Assembly elections just months away, the BJP leader praised the Yogi Adityanath government, saying it had ensured rapid clearing of the backlog of payments to sugarcane farmers. Farmers from western Uttar Pradesh have been participating in farmers’ agitation in large numbers. The BKU leader, Rakesh Tikait, hails from this region.

Addressing a public rally, he asked former UP CM and SP leader Akhilesh Yadav to “go home and check data” on crimes in the state.

The university will be constructed at a cost of Rs 92 crore on 50.43 acres in Punwarka village of the district and is named after Goddess Shakumbari Devi, whose temple is there and is revered throughout western UP.

Shah’s visit to the region came after the Centre repealed the contentious farm laws. Meanwhile, PM Narendra Modi is also scheduled to visit the state, as he will hold a meeting of all CMs of BJP-ruled states on December 14 in Varanasi and inaugurate a national conference of mayors on December 15. — TNS/PTI