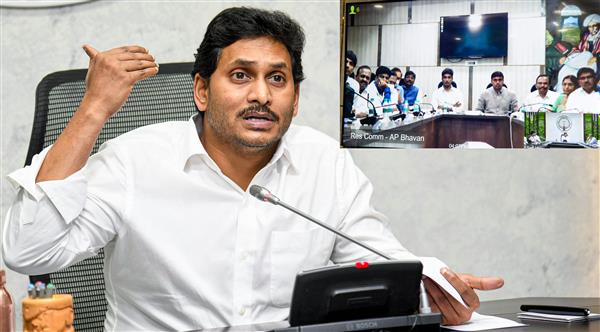 In a significant decision, the Andhra Pradesh Government on Monday withdrew the contentious legislation that provided for a three-capital structure. The state Vidhan Sabha on Monday brought the AP Decentralisation and Inclusive Development of All Regions (Repeal) Bill, 2021, repealing the three capital model for the state.

Andhra Pradesh had earlier proposed to separate the administrative, legislative and judicial capitals for the state. This move drew a lot of criticism as it would require people to shuttle between the Executive Capital Visakhapatnam to Legislative Capital at Amaravati and Judicial Capital to Kurnool, spread across hundreds of kilometres from north to south-west.

The state is yet to develop a new proposal on where it would like to house its capital city. The Telugu Desam Party (TDP) had proposed Amravati on the bank of River Krishna, which is also a twin city of Vijayawada, as the Capital. The YSR Congress Party (YSRCP) scrapped the project, alleging a scam on coming to power.

After dividing Andhra Pradesh into two in 2014, Telangana acquired Hyderabad as its state capital, but for Andhra Pradesh State Capital remains a contentious issue. Till 2019, Andhra Pradesh was sharing space with Telangana at Hyderabad, but after the YSRCP came to power, it vacated all spaces in Hyderabad, ahead of the ten years granted to it to build its capital city.

The move to scrap the three capital model comes after strong protests from the main opposition TDP and several farmer organisations, acquiring lands to develop Amravati.

The Chief Minister made a statement on the floor of the House saying, “Everyone knows the TDP government’s decision to set up a capital in Amaravati was controversial, and that it went against the Sivaramakrishnan committee report.”

He pointed out that the state was given ten years to develop a Capital at the cost of Rupees 1 lakh crore, but the price has since risen many times. He said that his government was elected with a clear mandate to replicate a Hyderabad city for Andhra Pradesh.

The TDP leaders criticised the move, saying that the YSRCP Government first scrapped the Amravati Capital Project and is now considering developing it all over again, causing a massive loss to people and the government and embarrassment to all.